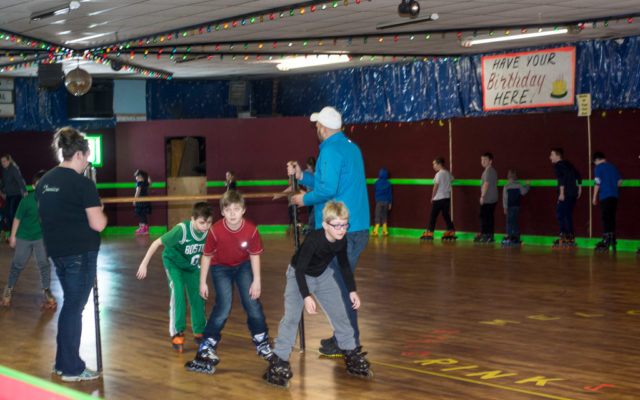 Over 100 come out to Melody Roller Rink

Melody Roller Rink and the Northern Maine Community Recreation Association, along with the City of Caribou helped organize the event, which offered skating at a reduced rate of $6 as opposed to the normal $8 rate.

Doody said the rink has for decades hosted “rec days,” in which surrounding recreation departments bring area youths to the rink.

“December 4 of last year was the rink’s 54th birthday,” he said, “and we’ve had rec days for as far back as I can remember.”

Doody, whose father Ken Doody founded the rink, was practically born into roller skating, as the whole family helped out with the business and started skating as soon as they were able. Over the years, he said skating will have peaks and valleys in terms of popularity, adding that he believes its popularity is currently on the rise.

Doody has managed the business for the past four years, ever since his father suffered a stroke, and said he has no plans of stopping any time soon.

“Between doing summer renovations and updates,” he said, “people start to take notice.” 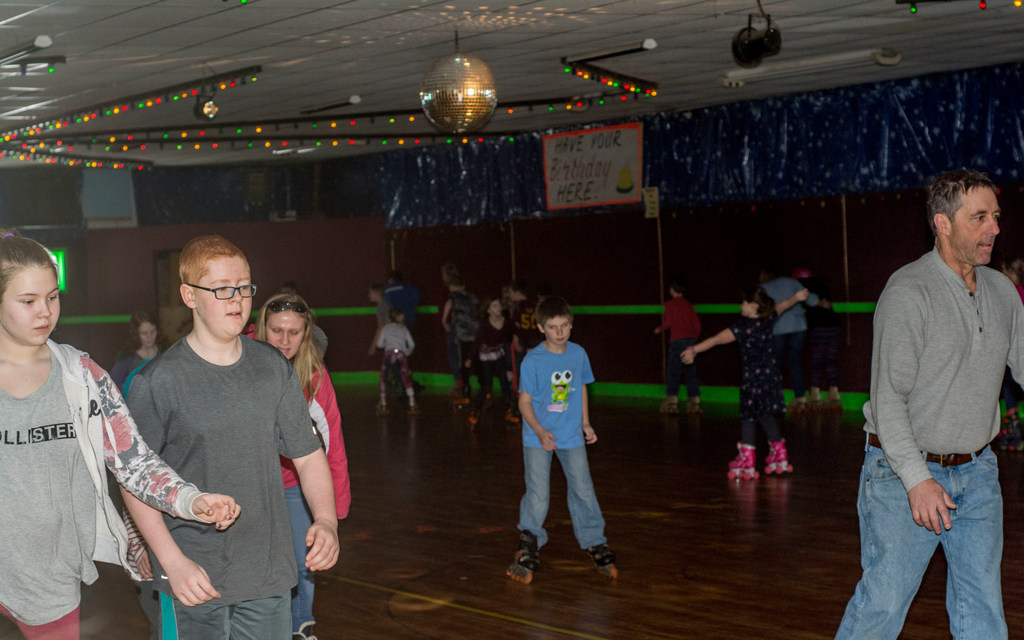 Children and adults skate the day away at the Melody Roller Rink in Caribou on Feb. 22. (Chris Bouchard)

One mother stopped Doody on Friday and thanked him for keeping the rink open for the local children.

For most of their events, it’s just Doody, his mother, and one other employee managing everything at the rink. On Friday, Doody was greeting people at the door, helping out young skaters with any issues they had, playing music, and also making announcements throughout the two-hour skate session.

Children approached him to ask about skates, when the limbo would start, or to let him know their birthday was coming up through one window of his small control room while a line of excited families formed at another window. In the corner was a laptop loaded with music next to a microphone for making announcements.

Despite the endless multi-tasking required to host a skating event, Doody said it never gets overwhelming.

“I started skating when I was 2 years old,” he said, “and my brothers and I started helping out here as soon as we were old enough to contribute.”

The rink recently hosted a well-attended “80s Night,” featuring a costume contest, free pizza, and music from the decade. Over 200 came out with children and adults alike dressed up, and the winner of the costume contest getting a month of free skating, which Doody said is a $128 value.

On Friday, Doody announced that he plans to hold a “70s night” from 7 to 10 p.m. on Saturday, March 2, featuring guest DJs playing all 70s music, free pizza, and door prizes.

“It’s like having another Halloween,” he said. “There’s no telling how many are going to show. It could be 50, or it could be 250. Hopefully we have a crowd as big, or bigger, than 80s Night.” 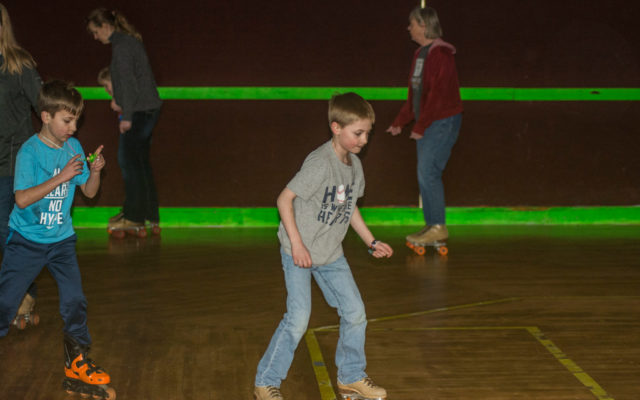 Children and adults alike skate the day away at the Melody Roller Rink in Caribou on Feb. 22. (Chris Bouchard)

Only one member of Maine’s congressional delegation had come out in favor of impeaching President Donald Trump ahead of House Speaker Nancy Pelosi’s Tuesday announcement that the Democratic-led House of Representatives would begin an impeachment inquiry.
Pets END_OF_DOCUMENT_TOKEN_TO_BE_REPLACED

We think a cat can make for the best pet in the world. To truly love a cat, you must learn to accept them for what they are -- unpredictable and quirky, which is something unique and unlike any other pet.
Campaign Corner END_OF_DOCUMENT_TOKEN_TO_BE_REPLACED