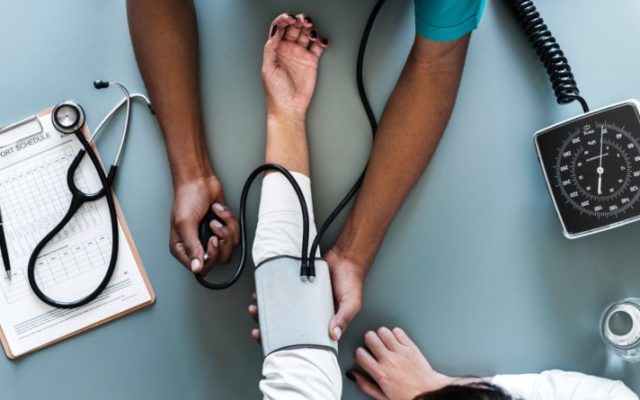 Charles Eichacker, Special to The County • May 8, 2019
Maine’s ability to respond to a natural disaster, disease outbreak or other health emergency has improved in the past few years and is now about average for the U.S.

Maine’s ability to respond to a natural disaster, disease outbreak or other health emergency has improved in the past few years and is now about average for the U.S. But the state still suffers from a shortage of mental health care, a drop in the rate of adult flu vaccinations, and reductions at a state laboratory that tests for health and environmental hazards.

Those are among the findings in the latest version of an annual national assessment by the Robert Wood Johnson Foundation, which was published Wednesday. It’s meant to gauge how well each state’s health care system can handle a natural emergency such as a flood or severe winter weather.

The assessment used 129 different measures to determine the health security of each state, including whether bridges are in working condition, how quickly ambulances arrive at rural locations, and how many nurses and doctors in the state belong to a national registry of volunteer responders.

Researchers compiled the data from about 60 different national surveys or records, according to Glen Mays, a professor of health policy at the University of Kentucky who led the assessment.

For 2018, Maine earned a score of 6.6 out of 10 on the index, near the national average of 6.7 and up from the 6.3 it received when the Robert Wood Johnson Foundation — a philanthropic organization focused on public health — began producing the assessment in 2013.

Maine has made strides in its ability to manage critical health information, receiving a score of 8.9 out of 10 in the most recent report, up from its 2013 score of 7.3.

The assessment found that hospitals and office-based physicians have increased their use of electronic medical records in the past five years, and that the state’s emergency call centers received the designation of “Enhanced 911 call center” in 2015, meaning they’re able to receive better location information from cellphone calls.

But the assessment highlighted numerous weaknesses in Maine’s health care infrastructure, such as a lack of capacity for helping people with mental or behavioral health challenges.

The assessment found that just over a quarter of the state’s hospitals provide psychiatric emergency services, compared with a national rate of 39 percent — one example of a broader shortage of mental health care services in the state.

Late last year, a report commissioned by the state found that some children were spending more than 120 days on waitlists for intensive mental health services and that the delays often pushed them to seek care in emergency rooms. Many children would often wait extended periods in emergency rooms for care.

The assessment also found that the portion of Mainers over the age of 65 who have received seasonal flu vaccines dropped from almost 70 percent in 2013 to 53.5 percent last year, as well as a lesser drop among all adults. Just 36.9 percent of Maine adults received flu shots last year, according to the report.

That’s a troubling trend, according to Mays. “Vaccines are obviously are one of our best protective technologies,” he said.

The assessment also found various ways in which Maine has lost some of its capacity to monitor for health problems. That included a drop in the number of working epidemiologists in the state, from five for every 100,000 people in 2014 to two per every 100,000 last year.

And the assessment found that the state laboratory that tests for health and environmental hazards stopped providing tests of soil, air, wastewater and hazardous waste in 2016.

“Many states do struggle with meeting the costs of updating the technology of their laboratory capacity,” Mays said. “The fact that it looks like Maine has lost some ground suggests that the state should take a look at that, at what it could do to kind of upgrade the lab capabilities.”

The state is looking to rebuild in that area, said Jackie Farwell, a spokeswoman for the Maine Department of Health and Human Services.

Since Gov. Janet Mills took office in January, Farwell said, the Maine Center for Disease Control and Prevention has hired 18 new employees, including a dozen in either public health nursing or at the state health and environmental testing lab. The administration has approved 40 additional Maine CDC positions to be filled, including more in public health nursing and at the health and environmental lab.

Maine is more than eight months into Medicaid expansion under the federal Affordable Care Act and trends around who is enrolling and where they live are starting to emerge, bucking some expectations and pointing out access challenges.
Pets END_OF_DOCUMENT_TOKEN_TO_BE_REPLACED