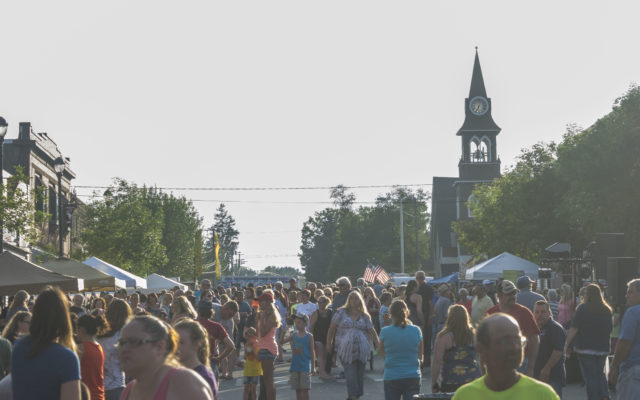 Plenty of music, food and entertainment lined up for Thursdays on Sweden

Chris Bouchard • May 13, 2019
Warmer days are on the horizon and Caribou’s annual Thursdays on Sweden Festival starts in less than a month.

CARIBOU, Maine — Warmer days are on the horizon and Caribou’s annual Thursdays on Sweden Festival starts in less than a month.

The city recently announced the festival line-up, which will feature six nights of music, food, and family-oriented entertainment over the summer. The festivities are set to kick off on June 6 with “Vikings Night,” which will be dedicated to celebrating the Caribou Vikings. Guests are encouraged to wear maroon and white and to meet the Viking and Caribou mascots at the city booth. The band French Toast will play music and the Warehouse Bar & Grill is scheduled to serve drinks at the outdoor cafe.

Katahdin Trust Company will return to sponsor the June 20 event this year, which will celebrate the company and feature music from the Star City Syndicate. Additionally, Access 89 will host the outdoor cafe.

The Adam Ezra Group is scheduled to play on Thursday, Aug. 1, which will also kick off the city’s annual “Caribou Days” event and parade. The Zerbini Family Circus will also entertain, and the Par & Grill is slated to host the outdoor cafe.

Aspiring vocalists are encouraged to stop by on Aug. 15 to participate in the Thursdays on Sweden Karaoke Competition, which enjoyed great success last year. Soundstage Music will host the competition and Machias Savings Bank is sponsoring cash prizes for the winners, including $500 for first place. The outdoor cafe will be hosted by Albie’s Lounge.

The Aug. 29 summer send-off will feature music from the Rock Dox as well as a tractor train. The City of Caribou Main Street team will make an appearance, and Mascoto’s Italian Restaurant is slated to host the outdoor cafe.

Caribou Marketing and Events Coordinator Christina Kane-Gibson said the upcoming street festival would not be possible without the help of members from the following city departments — events and marketing, parks and recreation, public works, and police.

“We are all so in tune with one another and that’s what makes everything happen,” said Kane-Gibson. “Public works gets there early and gets the stage and barricades in place. Dave Ouellette, the public works director, also stays through the entire show just in case we need him for anything. Parks and recreation also helps move the barricades in place and helps all the vendors secure their spots. It’s a really well oiled machine.”

Additionally, police and fire departments will be grilling up hot dogs and burgers as part of the “Guns and Hoses” program in which the proceeds benefit a community organization or non-profit.

The first and last nights of the festival are also slated to feature a “tractor train,” which consists of a large antique tractor pulling mini-tractors that children can ride.

Kane-Gibson said that, this year, Caribou was approached by music promoters in both New York and Nashville about including acts in the show, adding that this occurred after most of the acts for this year had been booked.

“It goes to show you how big this event is getting,” she said, “and how a lot of people are becoming aware of it. We have fun with it, but we’re also building a name for ourselves and that’s exciting.”

For all it does to refresh us, burn energy and keep us sharp, we all need playtime, dogs and cats included. Sharing playtime with pets has the added benefit of strengthening the bond between us, so we better understand one another.
Campaign Corner END_OF_DOCUMENT_TOKEN_TO_BE_REPLACED