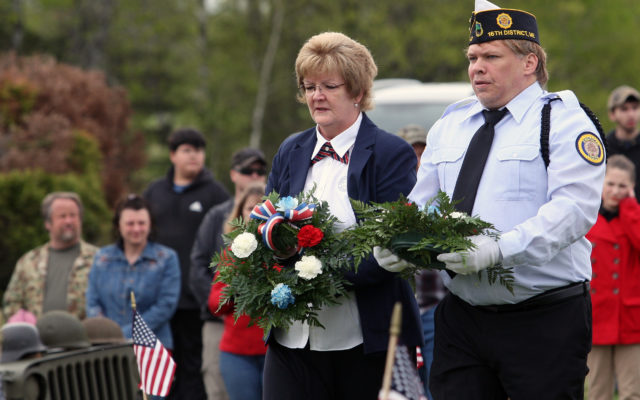 Joseph Cyr • May 27, 2019
Monument Park in downtown Houlton was filled with people paying their respects to individuals who have lost their lives in the line of service. 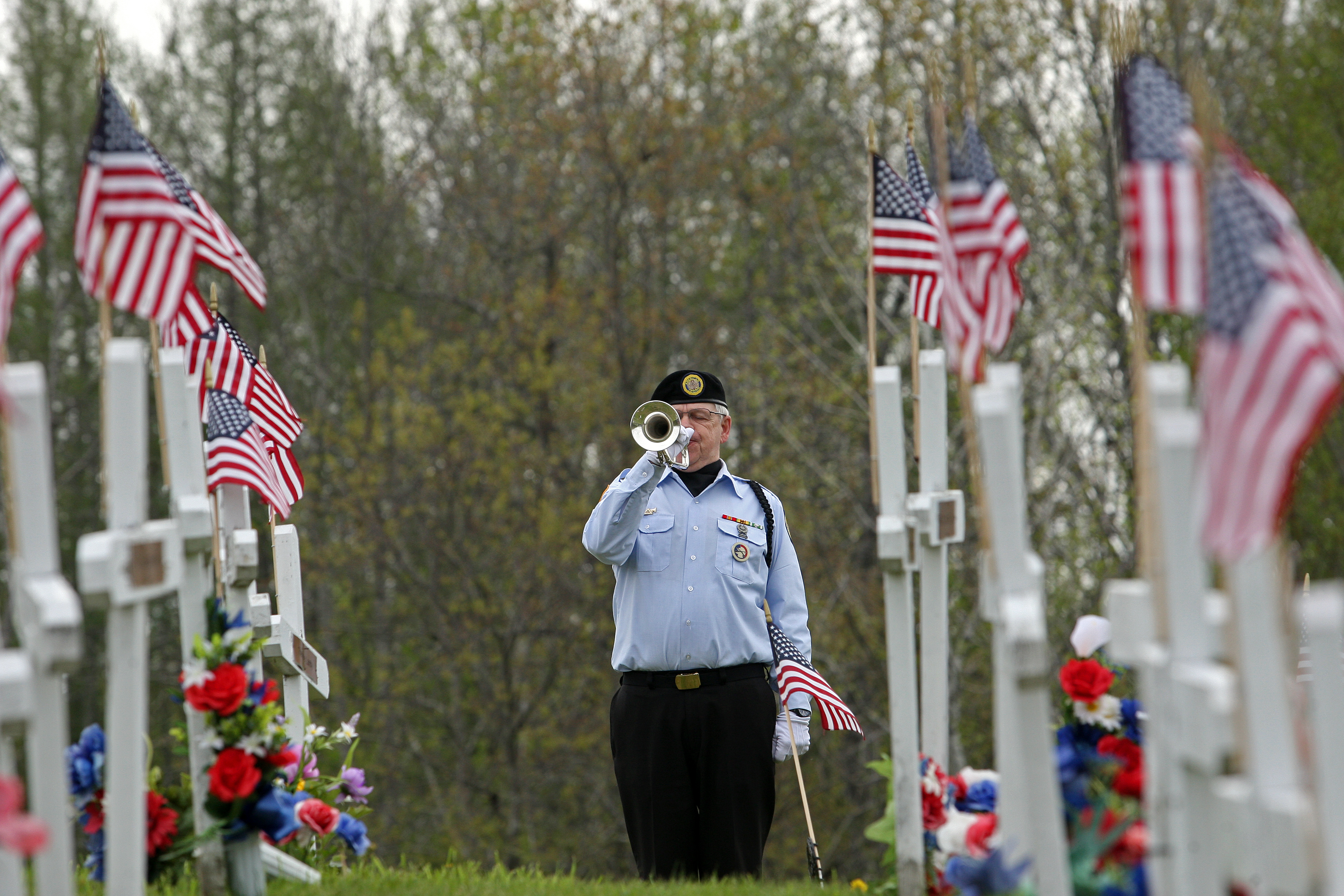 Gerry Riley stands off to the side Monday as he plays a solemn version of taps.
(Joseph Cyr)

HOULTON, Maine — Monument Park in downtown Houlton was filled with people paying their respects to individuals who have lost their lives in the line of service. 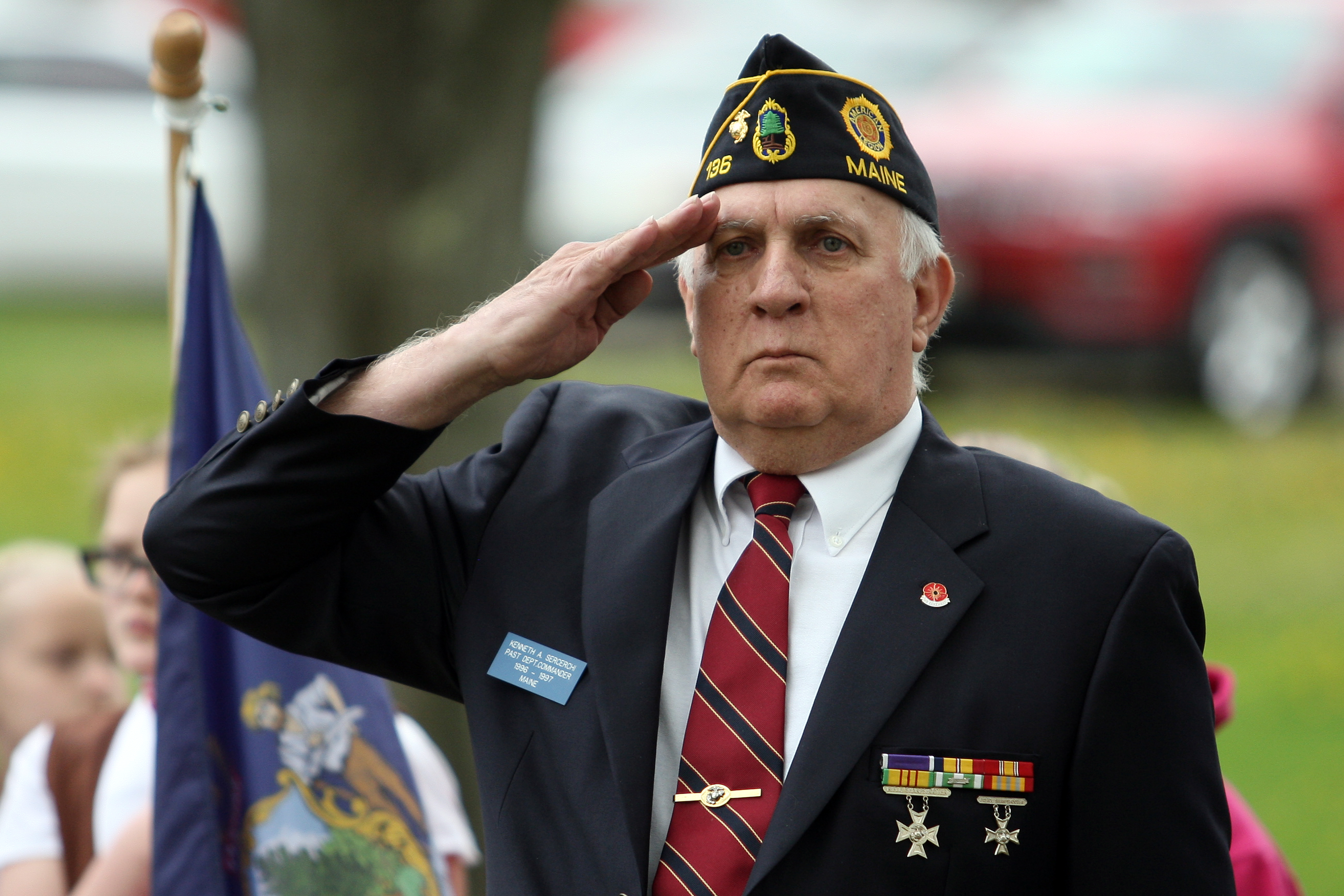 Monday’s festivities began at Soldier Hill, located at the cemetery on Smyrna Street, with a brief ceremony that included placing wreaths for both the American and Canadian soldiers buried there, as well as the playing of taps and the firing of guns by the American Legion honor guard. 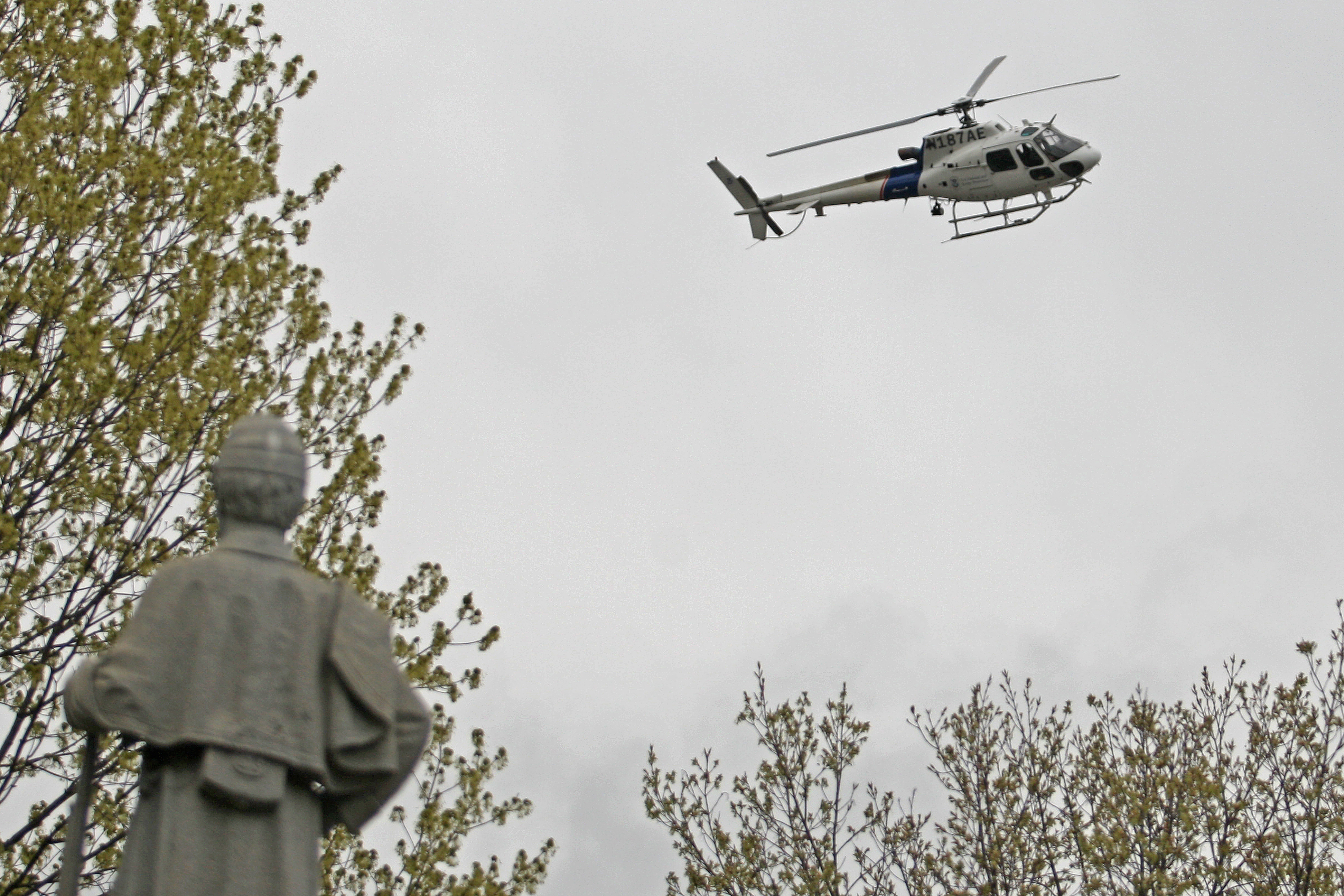 A United States Border Patrol helicopter does a flyover of Houlton’s Monument Park as part of the Memorial Day celebration.
(Joseph Cyr)

The focus then shifted to downtown Houlton, where a small parade passed through Market Square, pausing for a moment at the North Street bridge to allow veterans to toss a wreath into the Meduxnekeag River. The parade continued to Monument Park, where members of the Houlton Middle-High School band and chorus performed a number of patriotic songs.

“We honor the memory of those who have gone on before us in the service of our country and to those who have dropped their burdens by the wayside and gone on to their eternal rest,” said Kris Watson, commander of the Chester L. Briggs American Legion Post No. 47.

Jane Torres, executive director for the Greater Houlton Chamber of Commerce and chairman of the Houlton Town Council, reminded those in attendance that while for some Memorial Day is thought of as the start of summer, there is a deeper meaning to the holiday, which is often confused with Veterans Day. 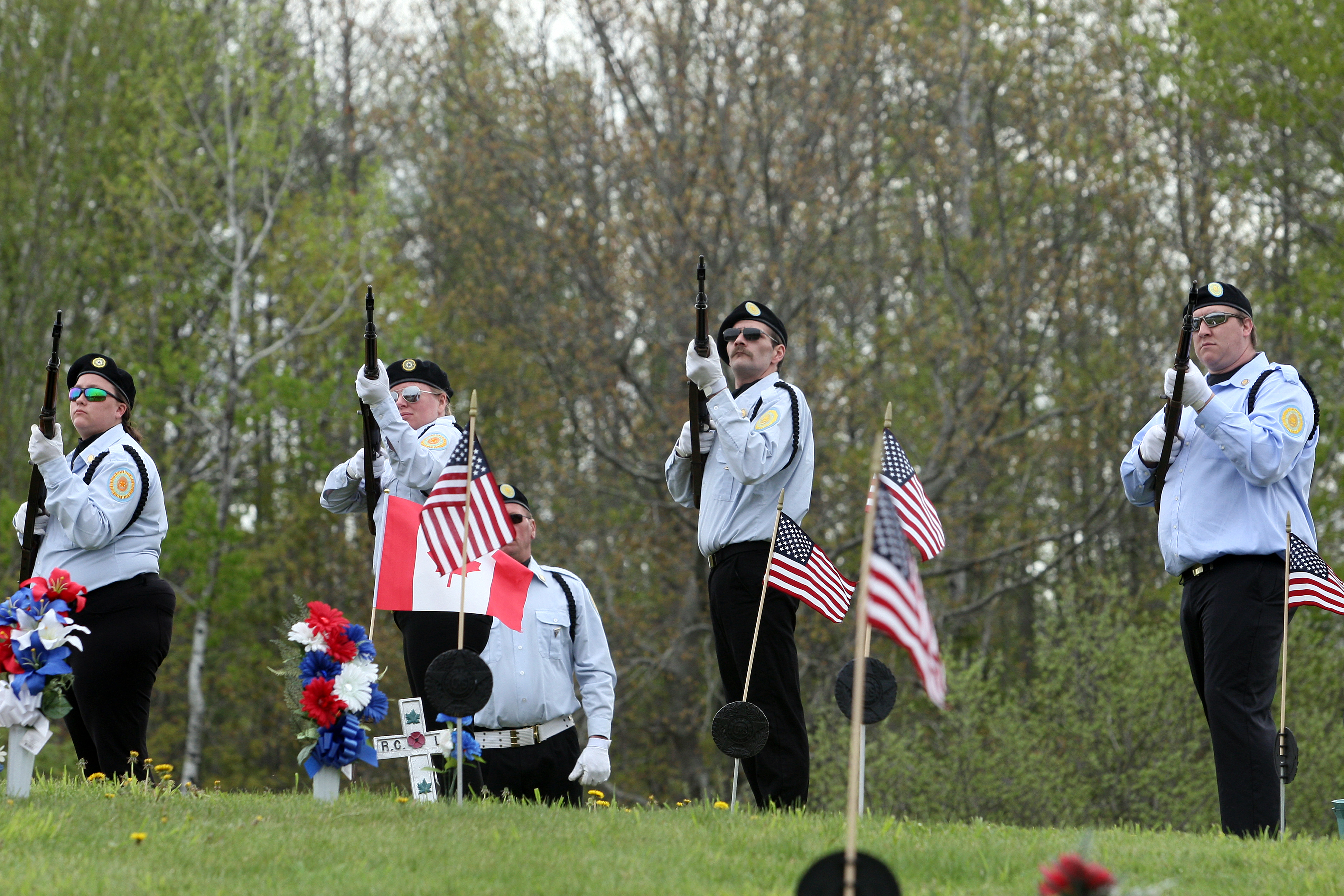 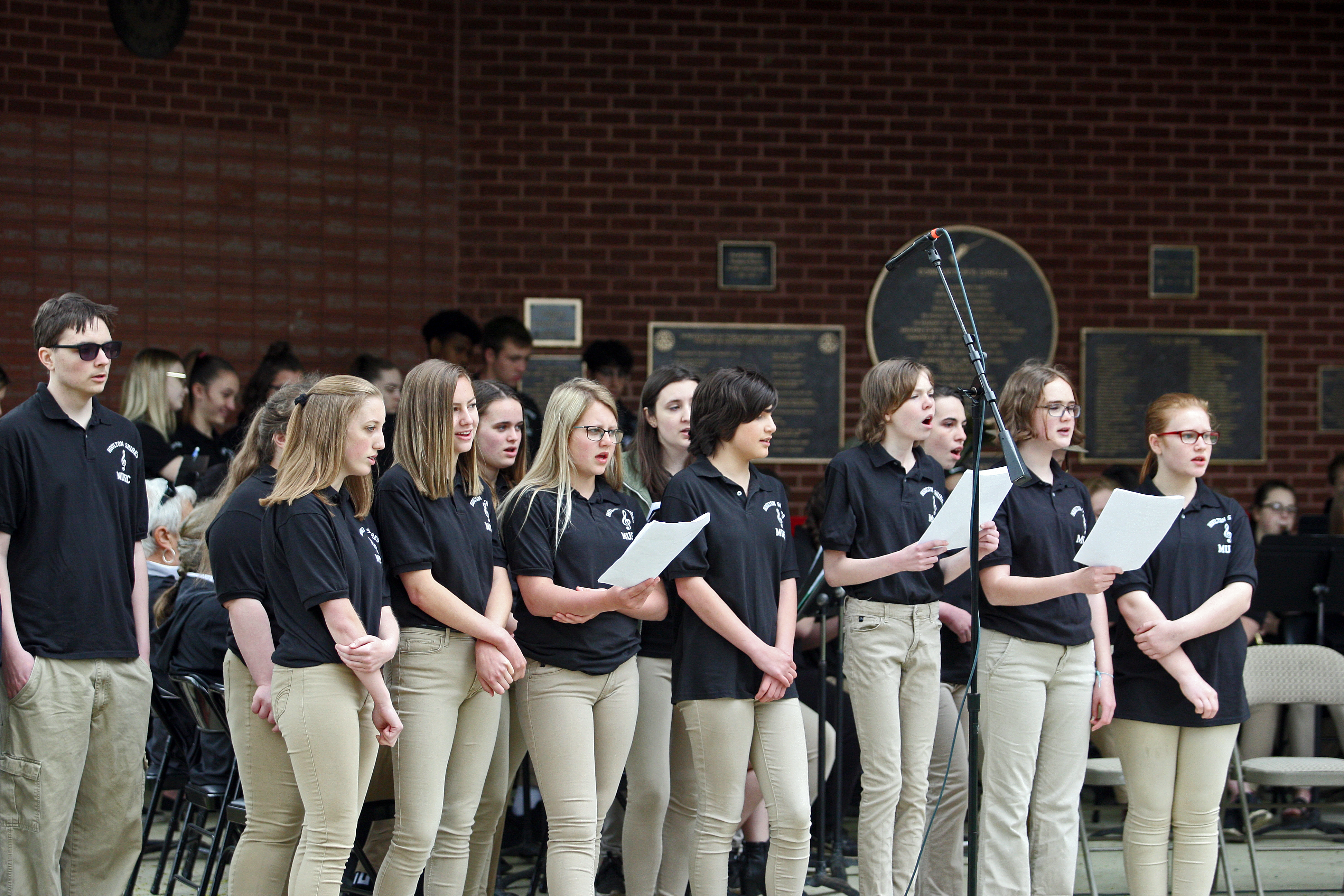 Houlton Town Manager Marian Anderson served as the guest speaker for the event.

“As we come here today, we honor and remember the sacrifices of the military men and women of our Houlton community, across the state and our country,” she said. “Freedom is never free. Whatever you do today, take some time and remember the members of our armed services who died so that we can live in freedom.” 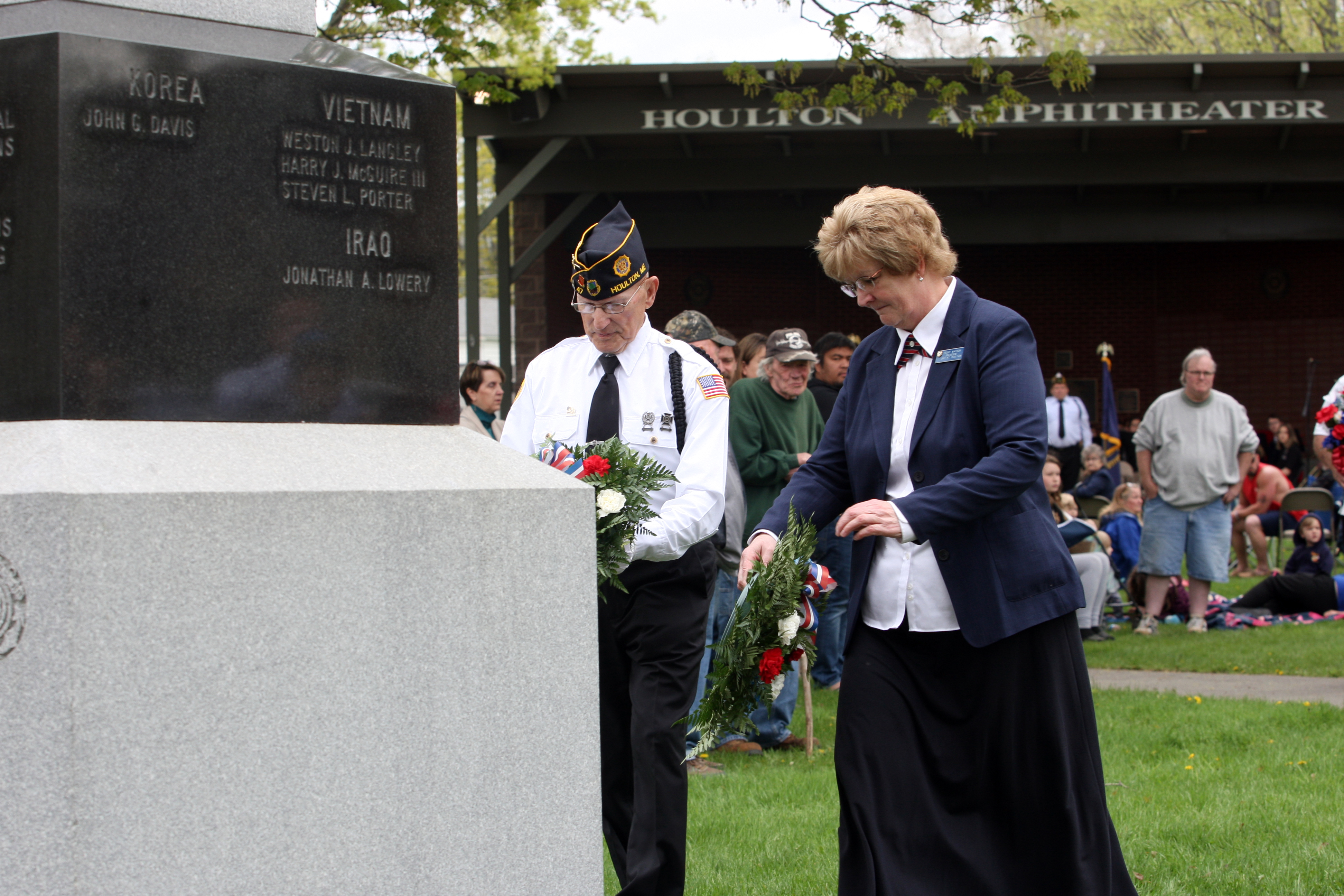 Gene Ross of the American Legion Post No. 47 and Peggy Watson, president of the Ladies Auxiliary, place flowers at a marker located at Houlton’s Monument Park Monday for Memorial Day.
(Joseph Cyr)

Next year's Caribou City Council will include a new member and a longtime councilor thanks to Tuesday's election.
Pets END_OF_DOCUMENT_TOKEN_TO_BE_REPLACED

Everyone who enjoys the company of a dog knows that sometimes dogs have strange behaviors.  They may arrive in your life with the behaviors already in place, or perhaps they are adopted as a puppy and develop a behavior young.
What's Happening This Week END_OF_DOCUMENT_TOKEN_TO_BE_REPLACED