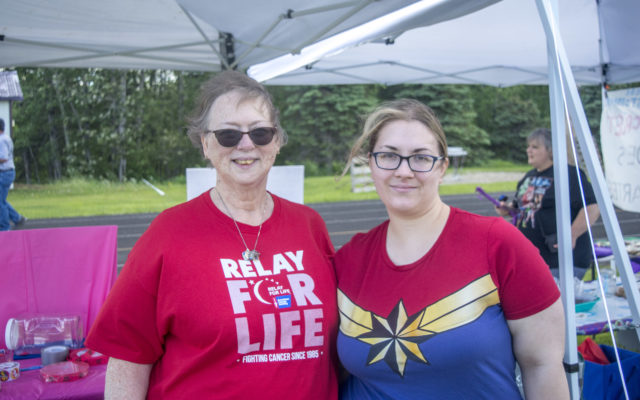 Chantal Pelletier, a co-chair for the event along with Jordyn Madore, said during the relay that each event is “really a year in the making,” as many teams begin fundraising for the next relay as soon as one ends.

Pelletier said about an hour into the 12-hour event that 24 teams arrived at the track for a total of 240 participants, along with 50 registered cancer survivors.

Throughout the day, more came to attend the event and a survivor ceremony in the evening, during which cancer survivors Heather Fox and Ken Atcheson spoke about their personal experiences.

Fox, before giving her speech, said that she started to get involved after she was diagnosed with breast cancer in 2016. She was undergoing chemotherapy and the 2016 event was “miserable and raining,” however Fox said she went through it and has continued coming back ever since.

“It gives people a sense that they’re not by themselves,” she said, adding that finding a support group, be it family, friends, or local community organizations, is a great help to anyone battling cancer.

The inclusion of survivors, said Pelletier, is essential to ensuring the relay’s success.

“Some of the team captains are survivors,” said Pelletier. “We have an individual on our leadership team that is a survivor as well. I think it’s important for us, when planning these events, to have the feedback and input of survivors to make this a meaningful event.”

Aside from changes in leadership and a slight reorganization of events during the relay, the event itself has remained mostly consistent, with the most notable change occurring last year when the time changed from 6 p.m.-8 a.m. to 11 a.m.-11 p.m.

“Changing the time last year was big for the event,” Pelletier said. “It helps to spread awareness and attract other people who may not have come to an evening event.”

This marks the 24th Aroostook Relay for Life, and Pelletier said organizers started to plan for the “big 25th birthday bash” as soon as the recent event concluded.

“We’re looking to add some different things in 2020 and really celebrate that milestone,” she said.

Some milestones celebrated later in the evening include the UMPI Owls having hit their goal of raising $100,000 in 10 years. McCain’s earned this honor last year, and this year will be honoring the university’s team for their impressive fundraising efforts.

Among the many survivors in attendance, Carla Suire has lived through two diagnoses of breast cancer. Suire was first diagnosed in March 2011, cleared on October of the same year, and diagnosed again just one month short of being clear for five years.

Now she has been cleared for two years and is “still working to hit five years.”

To people who are dealing with cancer, Suire said she “had to put it in God’s hands,” adding that she does have faith in the doctors’ work.

“You’ve got to have a positive attitude,” she said, “You just can’t do it without that.”

The support of family, friends and the local community have helped Suire maintain an optimistic outlook throughout her battle with cancer.

“Having my daughter and husband, who were my caregivers, helped me to always stay positive,” she said. 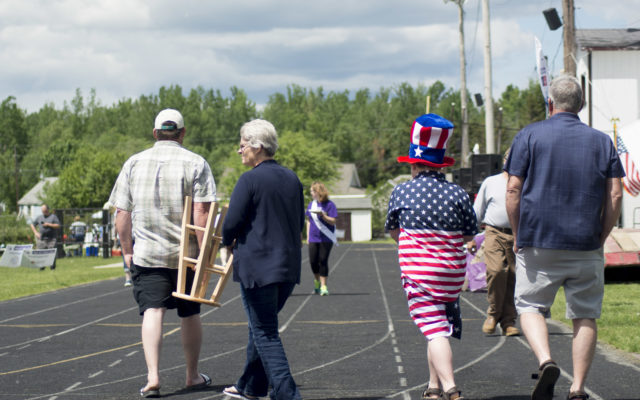 Cancer survivors, caretakers, and fundraising teams came out for the June 22 Aroostook Relay For Life in Caribou, an event that raised over $57,000 for the American Cancer Society. (Chris Bouchard | Aroostook Republican) 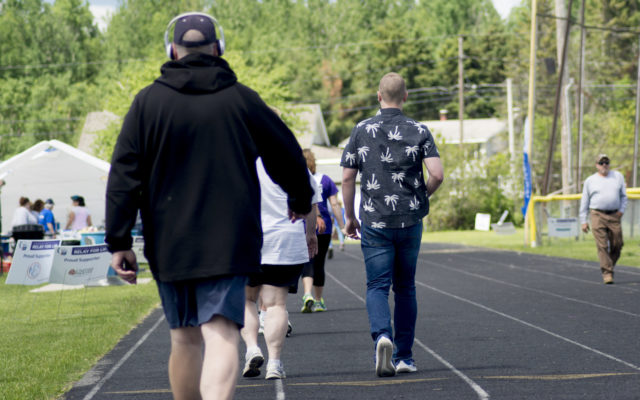 Cancer survivors, caretakers, and fundraising teams came out for the June 22 Aroostook Relay For Life in Caribou, an event that raised over $57,000 for the American Cancer Society. (Chris Bouchard | Aroostook Republican)

Well, normally this time of year we would be gearing up for our annual “Paws for the Cause” walk.  Families and their furry companions would be showing up with generous pledges in hand, ready to enjoy an easy two-mile walk and then some welcomed refreshments afterward.
Campaign Corner END_OF_DOCUMENT_TOKEN_TO_BE_REPLACED