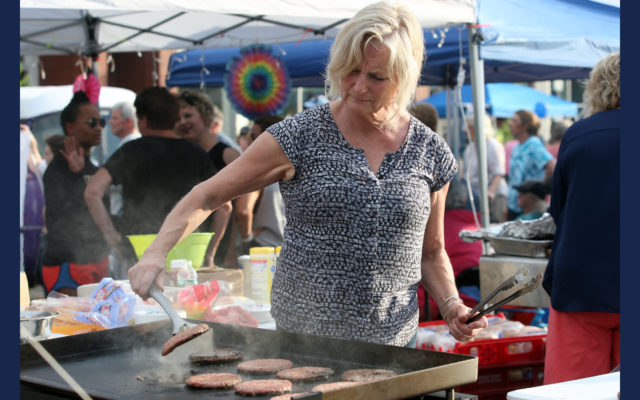 Peace, love and happiness are themes for Midnight Madness

This year’s theme of “Summer of Love” provides plenty of opportunities for folks to take a trip down memory lane. Selecting themes has become the norm for organizers of Midnight Madness.

Last year, the group selected the 1970s as its theme, while previous choices have included “Wild West,” a “Hawaiian Luau” and the 1980s.

“It has kind of crept up on us all this year,” said Jane Torres, executive director of the Greater Houlton Chamber of Commerce. “I think it is because of the weather, because it has not felt like summer. But it is looking like we are going to have a great week for both Midnight Madness and the fair.”

Midnight Madness has evolved over the years. Originally a sale-only event with bargains increasing in value as the evening wore on, today’s festivity has evolved into a street fair celebration with sidewalk vendors, music, displays and food booths.

The atmosphere of the event is typically one of homecomings, capturing the excitement of the Fourth of July holiday and class or family reunions. Not limited to just downtown merchants, many stores, including those on the North Road, will be open late, offering discounts and sales that increase in value as the night wears on. The event typically draws upward of 6,000 people to downtown Houlton.

A number of local non-profit groups will be selling food, raffle tickets and other items during the event. Market Square will be partially closed to vehicle traffic for the evening, allowing bargain hunters and festival-goers the opportunity to roam freely through the streets.

Traffic will still be allowed to flow along the Key Bank/Temple Theatre side of Market Square, while the opposite side will be closed. Main Street from Court Street to the Chamber of Commerce Building will be closed to traffic.

The Chamber will be selling its popular strawberry shortcake dishes noon-2 p.m. in Market Square. Starting at 5 p.m. Tim “the tuneman” Humphrey will entertain children with fun and games, as well as a line dancing exhibition at 6 p.m.

The L.P. Miracle Mile Run also starts at 6 p.m., with a finish line at the Court and Main streets intersection. McGill’s Community Band then takes center stage at 7 p.m. with a performance at the Monument Park Amphitheatre.

At 8 p.m., Cameron “Circus Cam” Clark will entertain with a juggling, acrobatic routine that features audience participation. The popular local band Ted and the Boys will then perform 8:30-10:30 p.m. on a stage set up downtown.

Fireworks at the Riverfront Park will once again be held over the Meduxnekeag River/Gateway Crossing Bridge. The first shot of color typically goes up around 9:30 p.m.

Well, normally this time of year we would be gearing up for our annual “Paws for the Cause” walk.  Families and their furry companions would be showing up with generous pledges in hand, ready to enjoy an easy two-mile walk and then some welcomed refreshments afterward.
Campaign Corner END_OF_DOCUMENT_TOKEN_TO_BE_REPLACED