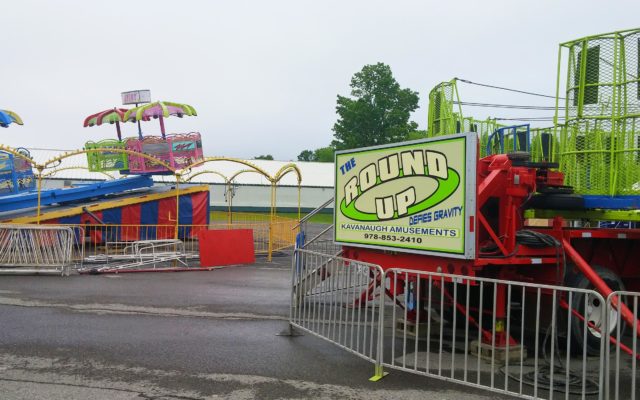 Joseph Cyr • July 3, 2019
What better way to begin a four-day celebration than to start on the Fourth of July?

HOULTON, Maine — What better way to begin a four-day celebration than to start on the Fourth of July?

That is the scenario that will play out July 4-7 as the Houlton Agricultural Fair returns for its annual summer of entertainment and excitement. Houlton traditionally has held its fair over the Fourth of July holiday dating back to 1981. It became a fair in 1984 and was licensed as a state fair in 1986.

“The weather we have had is perfect fair weather,” said Paul Cleary, fair president. “I have always said 76 and partly cloudy is the best fair weather. We saw last year, when it hit 95 and blazing sun, that our attendance suffered.”

The fair will feature several new attractions, as well as reduced prices. Admission to this year’s fair is $7 per person, with children under the age of 5 free. Those who wish to enjoy the midway rides can purchase a bracelet for $8. On-site parking is available for $5.

Thursday night’s fireworks display will light up the night sky around 9:25 p.m. and is typically one of the largest pyrotechnic displays in the state.

“She does a really great job performing for kids and is very interactive,” Cleary said. “She does use some puppets, but also pulls people on stage for the show.”

In the Millar Civic Center, a commercial display will be set up featuring a variety of tractors and recreational vehicles. In addition, multiple bounce houses will be offered for area youth to bounce until their heart’s content.

“We’ll have more games on the midway than we have had in year’s past,” Cleary said.

A hot dog eating contest has been added to this year’s fair to go along with other contests like salsa chugging, Houlton Farms Dairy Lemonade drinking and the Moxie Challenge. There are also a plethora of children-only events such as the bubble gum blowing contest, Oreo cookie stacking and ice cream eating contests.

The popular children’s pig scramble and eel racing events are back this year. A variety of cooking competitions, including the popular “Chopped basket” event, will be held throughout the four days of the fair.

On Sunday, the return of the “Gymkhana Horse Show” takes place starting at 10 a.m. An ATV/UTV drag racing competition and fireman’s muster event are other top attractions for Sunday.

Volunteers are the backbone of what makes a fair successful, Cleary said, and this year is no different. About 50 individuals volunteer each festival to help with security or to host many of the events offered such as the children’s games.

“The volunteers are what really make this fair happen,” he said.

For information on the fair, visit http://www.houltonfair.org/.

A few years back the Ark was gifted with something that we never dreamed possible. It is a gift that left us speechless and opened a whole new door for us.
Campaign Corner END_OF_DOCUMENT_TOKEN_TO_BE_REPLACED