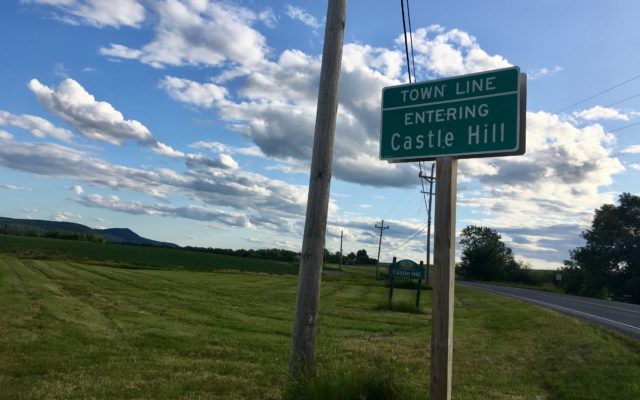 What we know about the double homicide case in Castle Hill

Nina Mahaleris • August 15, 2019
Maine State Police continue to investigate a double homicide after finding two men dead in a pickup truck on the morning of Aug. 13. Last week, authorities offered a $2,000 reward for information on anyone who may have been involved in the deaths. As of Monday morning, no arrests have been made.

CASTLE HILL, Maine — Maine State Police continue to investigate a double homicide after finding two men dead in a pickup truck on the morning of Aug. 13. Last week, authorities offered a $2,000 reward for information on anyone who may have been involved in the deaths. As of Monday morning, no arrests have been made.

Here is what we know about the case:

Who were the victims?

51-year-old Roger Ellis and 25-year-old Allen Curtis were identified as the homicide victims, confirmed by Stephen McCausland, a spokesman for the Maine Department of Public Safety.

Where were the men from?

Both Ellis and Curtis were residents of Castle Hill, according to Maine State Police.

Where and when were they found?

The two men were found in Ellis’ 2007 Chevrolet Silverado pickup truck by State Police troopers on Tuesday morning. Authorities have not yet confirmed if the incident took place on Route 227 or if the truck was found where police blocked off a section of the road between Turner and Waddell Roads on Tuesday.

What happened to Curtis and Ellis?

Police continue to gather evidence and information about what happened to the two men, McCausland said on Thursday morning. Results from the autopsies revealed that both men were shot. According to a press release from the spokesman on Aug. 13, troopers reported to 2052 State Road around midnight after receiving a “suspicious noise complaint.” Police have not released any information about evidence collected at the scene that might indicate why the two men were shot, or on the circumstances that may have led to the shootings.

Was a gun found at the scene of the crime?

While the State Medical Examiner’s office confirmed that the men were shot, police have not released any information on the weapon used, or whether it was found at the scene of the homicides.

What vehicles were involved? Are they being investigated?

Ellis’ Chevrolet Silverado and an unregistered 2006 Suzuki ATV that was found abandoned at the scene were transported to the State Police Crime Lab in Augusta and continue to be analyzed along with other unspecified evidence related to the case.

Are the authorities looking for a suspect?

The Aroostook County Sheriff’s Office, which is also involved in the case, confirmed on Saturday that they have a “person of interest” but have not released a name.

Have any arrests been made in the case?

No new developments have been made in the case, McCausland said on Monday, Aug. 19.

Where is the investigation centered?

Police are continuing to focus on Mapleton and Castle Hill, said McCausland. State Police will continue with increased patrols in both towns.

What do investigators need from the public?

Police continue to urge residents to be aware of their surroundings. Castle Hill residents, especially those who live near the State Road, should contact police if they heard the exhaust noise from an ATV on Tuesday morning.

Anyone can report suspicious activity or information that might be related to the case to the Maine State Police barracks in Houlton at 207-532-5400. Authorities are encouraging people to report details to them, even if they think police already have similar information.

The ASCO is also seeking the public’s help in finding the person or people involved in the homicides.

“Information that leads to an arrest and prosecution of the homicide will be eligible for a $2,000 reward,” Sheriff Shawn Gillen of the ASCO stated over the weekend. People can call Aroostook Crimestoppers with information at (800) 638-8477.

“Just one piece of essential information can break a case wide open,” McCausland said on Thursday.

The Aroostook County Sheriff’s Office and Maine Wardens Service have assisted detectives, troopers and evidence technicians with the case since Tuesday. McCausland said Thursday evening that the ASCO has been an integral part of the ongoing investigation.

Next year's Caribou City Council will include a new member and a longtime councilor thanks to Tuesday's election.
Pets END_OF_DOCUMENT_TOKEN_TO_BE_REPLACED

The snow and the cold weather has arrived. If we listen to everyone it is going to be a difficult winter.
What's Happening This Week END_OF_DOCUMENT_TOKEN_TO_BE_REPLACED