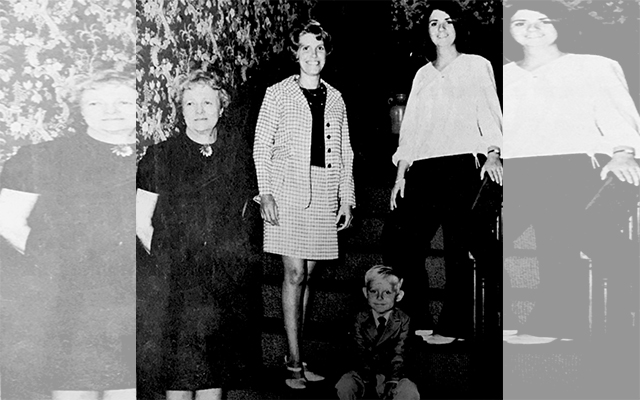 Getting ready — The White Mountain Telephone Co. commenced Wednesday to get their new office ready in the Millar block. A triple switchboard is being placed there, which will greatly facilitate the work, two operators being constantly in attendance. The White Mountain Telephone Co. is doing all in its power for the convenience of its Aroostook patrons.

Accepts position — Miss Margaret Wilkins left Friday for Exeter, N.H., where she has accepted a position as a teacher in the high school.

General repairs — Contractor Geo. McNair has a crew of men at work on the Federal building making the annual general repairs.

Seeking reelection — Joseph A. McGillicuddy, former town treasurer of Houlton and representative from this town to the Legislature, who has been serving as treasurer of the State of Maine for the past two years, has announced his candidacy for re-election to that position by members of the next legislature which convenes soon after January 1.

Attends convention — Miss Fern Spinney, daughter of Mr. and Mrs. Norman Spinney, left Saturday for Ohio, where she will attend the National WCTU Convention in Ohio as a delegate from the YTC. On her return she will visit Miss Jane Holbrook in Washington and will participate in a recital given by Mrs. Evelyn C. Carroll in Portland.

New quarters for library — The Katahdin Public Library in Island Falls is having new and enlarged facilities through the generosity of Mrs. Frank Sawyer. She has made available to the Library rent-free space in the Sawyer Block.

Oakfield woman wins — Mrs. Geneva McGary of Oakfield was selected as the winner of this week’s cash prize in the Bazaar of Values promotion being sponsored by the Pioneer Times in conjunction with 42 participating merchants and businesses. Mrs. McGary made her winning purchase at the First National Stores, and she was presented  with $20 in cash by the Pioneer Times. Making the presentation was Joseph Voisine, manager of the First National Stores.

Gift to hospital— Family and friends making memorial donations to the Regional Health Services Foundation for Elijah Putnam Flewelling, made it possible for the foundation to purchase a 35mm camera for the LDRP Unit at Houlton Regional Hospital. “The camera will be used for special circumstances, such as a critically ill newborn who must be transferred away from family for special care. Tangible mementos such as photographs are crucial in assisting families to cope with such a situation,” according to Peg Hammond, foundation director.

Practice sold — Dr. Phillip Dwyer recently sold his dental practice to Dr. Peter Stanley. The office will remain on Mechanic Street. Dwyer, who has practiced dentistry for 44 years, graduated from Tufts University in 1950, is a World War II veteran and past president of the Maine Dental Association and the Aroostook Dental Society.

Maine is more than eight months into Medicaid expansion under the federal Affordable Care Act and trends around who is enrolling and where they live are starting to emerge, bucking some expectations and pointing out access challenges.
Pets END_OF_DOCUMENT_TOKEN_TO_BE_REPLACED