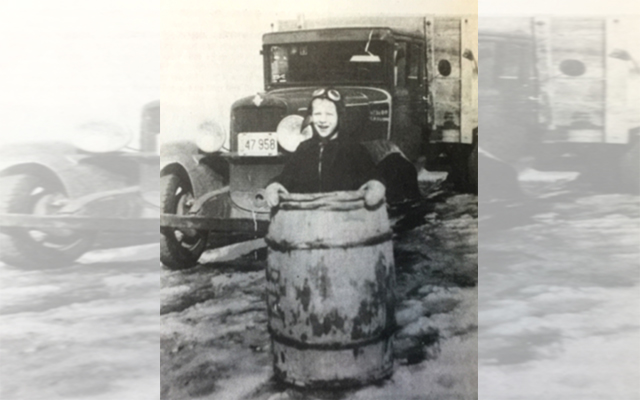 Beth Lacombe, Special to The County • September 17, 2019
115 Years Ago - Sept. 14,  1904 Telephone lines -- The instruments for the New England Telephone Company’s rural lines have arrived and are being placed in position this week. Soon we will be able to say “hello” to almost every farmer in the county.

Telephone lines — The instruments for the New England Telephone Company’s rural lines have arrived and are being placed in position this week. Soon we will be able to say “hello” to almost every farmer in the county.

Display — There is on display in the window of Smith & Lufkin a pumpkin which weighs thirty-nine pounds. The pumpkin was raised by Floyd Smith in his garden on Teague Street.

Harvest help — The first influx of harvest workers for the potato digging season began this week with the arrival of two special buses of youngsters from nearby Canada on Tuesday and Wednesday. Approximately 50 boys and girls from the Province of New Brunswick arrived in the two loads.

A ‘go-go’ girl goes stale — Free beer and “go-go” girls was the come-on invitation to the International Police Association dinner meeting. Despite the objections of many wives, it baited 90 state and municipal police to the meeting, 80 of whom stayed for supper. The usual attendance is 15-20. They were in for a disappointment though, for it was announced that of the three of the “go-go” girls expected to appear, one had been deported and another had fallen off the table and broken her arm. One, however, was there and right away the policemen decided that this precious, full-bloomed beauty should never dance on a table. Not at 260 pounds wearing a mini skirt, tight panties, a luxurious hairdo, plenty of mascara and red stockings secured with giant safety pins. The policemen became google-eyed as the dance went on. In the end she turned out to be none other than Williard Jalbert, the Valley wit and friend of thousands of sportsmen, in one of his finest hours.

109 students begin studies at new school — For the 109 students registered at the New Sweden Elementary School, Tuesday was a day of wonder — wonder where my classroom is, wonder who my teacher is, wonder if I’ll get lost. The first day in a new school that has twice the floor space of the old school, has a cafeteria, a gym, a media center library, a music room and many more special areas is truly a cause for wonder.

VFW Auxiliary hosts outing — Thirty-one members of the Lister Knowlton VFW Auxiliary 9389 attended the July 19 outing at Yusef’s Restaurant. Members participated in the “Caribou Cares About Kids Parade” on Thursday Aug. 25. Pencils and rulers were distributed to the children of the community. An update was given on the Hilltop Elementary School playground equipment purchased by the organization.

At the Houlton Humane Society, we take adopting the cats and dogs in our charge very seriously.
Campaign Corner END_OF_DOCUMENT_TOKEN_TO_BE_REPLACED