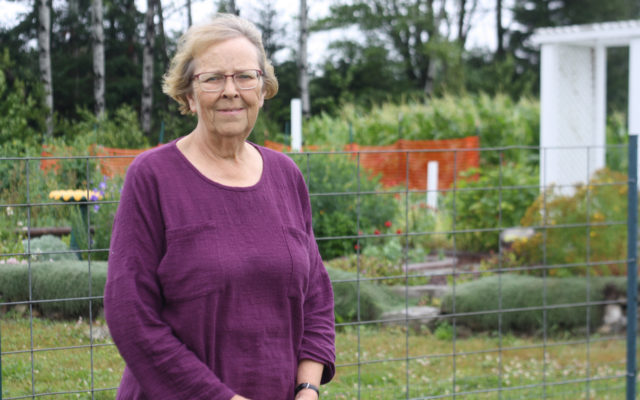 Melissa Lizotte • October 11, 2019
When Jan Grieco of Perham was a young newspaper journalist working for the Derry News in Derry, New Hampshire, in the early 1970s, she was thrown into a difficult assignment that proved to be a turning point in her career.

When Jan Grieco of Perham was a young newspaper journalist working for the Derry News in Derry, New Hampshire, in the early 1970s, she was thrown into a difficult assignment that proved to be a turning point in her career.

“There was a bad car accident involving two young women that I had gone to high school with. They were twins,” Grieco said. “They pulled out in front of a large truck that was driving fast. Not only were they killed, they were decapitated.”

The tragic accident opened Grieco’s eyes to the more unpleasant stories that reporters often have to cover. But she realized how important journalism was to her community even during the darkest times.

Today Grieco may have found a home on a quiet, dead-end road in Perham, but her life has been one defined by many “unconventional” choices that have taken her on unexpected and rewarding paths.

Grieco originally attended college in Painesville, Ohio, in the late ’60s, majoring in philosophy and theology, before leaving after two years. She and several friends later hitchhiked to California.

“It was the ’60s; what more is there to say?” Grieco said, laughing as she recalled the decade infamous for its laid-back “peace and love” vibe.

After six months in California, working part-time waitressing jobs, Grieco lived in Cleveland and New York City. While in New York, she began writing and published a profile on Charles Kenyatta, head of the Black National Caucus, in The Village Voice newspaper.

Despite not having a college degree or full-time journalism experience, Grieco’s colleagues at Derry News helped her gain reporting and research skills. Writing a variety of stories, from town meetings to features to an investigative piece on a senior citizen pyramid scheme, allowed her to make a difference in her community.

“I made a lot of people angry by publishing things they were foolish enough to say to me, but not once did anyone accuse me of misquoting them,” Grieco said. “People need valid information and that’s what journalists should strive to do.”

Grieco left Derry News after four years and worked as a reporter and editor for various newspapers in Massachusetts and New Hampshire. When she and her husband, Bruce, moved to South Portland, she became a self-employed publicist and freelance writer while raising their six children — one biological and five as foster children. She returned to full-time journalism in the mid-1990s and was part of the reporting staff at newspapers throughout the Portland area until the early 2000s.

While covering stories related to the tragic events of Sept. 11, 2001, Grieco realized she no longer had the same passion and personal drive for reporting. Once again, a colleague gave Grieco life-changing advice, after suggesting she consider pursuing a teaching career.

More than three decades after she first left college, Grieco earned her baccalaureate degree from Vermont College and a master of fine arts in creative writing from the University of Southern Maine.

In 2006 Grieco and her husband moved to Perham and she became an English instructor at Northern Maine Community College in Presque Isle. She earned a doctoral degree in curriculum development and assessment from Capella University in Minneapolis, Minnesota in 2017.

Grieco retired from teaching in 2018. The biggest reward, she noted, was seeing students realize that regardless of what career they chose they needed to write and communicate effectively with anyone they meet.

“I remember telling an auto mechanic student, ‘Do you really want to have me as a customer and not be able to defend yourself?’” Grieco said.

Since retiring Grieco has found plenty of activities to keep busy. She is a member of NMCC’s Foundation Board, vice chair of the SAD 45 school board and sells herbal tea at farmers markets and online as part of her home-based business, Great North Woods Herbs and Botanicals. She has also been revising and editing a novel that she hopes to publish in the near future.

“I have had a really full life because I had enough courage to try new things,” Grieco said. “I hope I was able to pass that type of courage on to my students.”

Halfway Home Pet Rescue in Caribou has partnered with the Houlton Humane Society shelter for a cat spay and neuter clinic on Saturday, May 30, and Sunday, May 31, in Houlton.
Campaign Corner END_OF_DOCUMENT_TOKEN_TO_BE_REPLACED