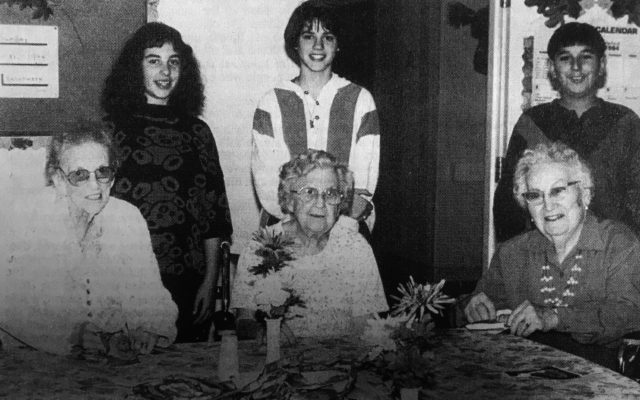 Lanette Virtanen • October 22, 2019
115 Years Ago - Oct. 21, 1904      Opened to the public — The Cary Library opened to the public last week and is being liberally patronized by the public. New books are arriving daily. Miss Anna Barnes is the librarian in charge.

Accepts position — Miss Josephine Ketchum has accepted a position in the schools of Cherryfield, where she will teach Latin and French.

Receives patent — John Webb of Island Falls has recently received a patent for a device for unfastening hay wire from a bundle of hay or straw without cutting, which when placed upon the market cannot help but meet with many sales.

Work to start immediately — The trustees of Ricker have accepted the bid of the Lane Construction Company to raze the walls of Wording Hall. It is expected that this organization which submitted the lowest bid will undertake the removing of the walls almost immediately. Lane Construction Company is the organization that has practically completed the bridge in Houlton over the Meduxnekeag River.

Celebrating 50 years — Mr. and Mrs. Hazen Drake celebrated their 50th wedding anniversary Oct. 8. The couple were married Dec. 9, 1944 at St. Mark’s Anglican Church, Oakville, New Brunswick, Canada. Their attendants were Ruth McLellan Guy, sister of the bride, and Glen McCordic, cousin of the bridegroom. The occasion was planned by their children, Wayne, Graydon and Gloria, and their families.

At the Houlton Humane Society, we take adopting the cats and dogs in our charge very seriously.
Campaign Corner END_OF_DOCUMENT_TOKEN_TO_BE_REPLACED