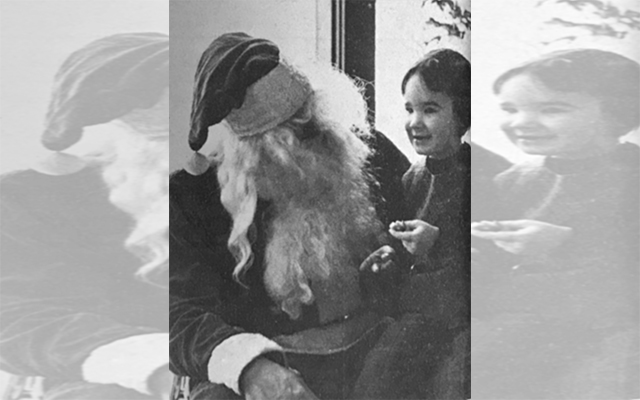 Lanette Virtanen • January 2, 2020
115 Years Ago - Dec. 23, 1904      Best Christmas present — Ernest Leighton, who for the past three years has been employed at Perks Bros.’ drug store, received as his best Christmas present a certificate from the State Board of Pharmacy making him a registered pharmacist for the State of Maine.

Closed business — Roy Crockett, who has been conducting a garage in Danforth, has closed out his business and is now employed by the Houlton Water Co., having started on his work with them last week.

Helping out — James Skeehan is substituting in the Northern Telegraph office during the absence of Miss O’Brien, who is taking a vacation.

Hired — Ralph Kitchen, supervisor of stores for the Maine State Liquor Commission, announced that Alfred Adler, discharged veteran of World War II and adjutant of the Chester L. Briggs Post, American Legion, has been hired as a senior clerk in the store to open here Tuesday. Mrs. Elizabeth Graham was also hired as a clerk in the store.

Two seek state offices— George B. Barnes, this town’s representative to the legislature, is a leading candidate for Speaker of the House of Representatives. Joseph H. McGillicuddy of Houlton, who is ending his first two year term as state treasurer, is assured of re-election for a second term.

Sales merchant named — Sears Roebuck and Company has announced the appointment of Thomas L. Chapman as Sears authorized catalog sales merchant in Houlton. Mr. Chapman is a native of Houlton and graduated from Houlton High School in 1963. He is married to the former Marsha Stewart.

A long career — County Treasurer James McBreairty signed a document for a tax-free loan involving the County, Northern Maine Development Commission and Key Bank as one of his last official acts. McBreairty will retire on Dec. 31 will retire after 50 years of combined public service to his town of Perham, the state and The County. A former state representative and senator, McBreairty finished his public career as County treasurer, serving eight years.

Turkey time — Holiday baskets received the welcome donation of turkeys, thanks to a joint project by Shop ‘n Save and the Pioneer Times. Getting ready to package the birds were; Lt. Brian Chamberlain of the Salvation Army in Houlton, Martha Lostrom of the Pioneer Times, Will Wedge, manager of Shop ‘n Save, and David Hutchinson of Shop ‘n Save. Over 1,100 pounds of turkeys were contributed along with the help of the Two Steppers for the Joy of Sharing program. Shop ‘n Save also used the gift tree, donation certificates and a donation funnel at the store to buy $650 worth of the birds.

Halfway Home Pet Rescue in Caribou has partnered with the Houlton Humane Society shelter for a cat spay and neuter clinic on Saturday, May 30, and Sunday, May 31, in Houlton.
Campaign Corner END_OF_DOCUMENT_TOKEN_TO_BE_REPLACED