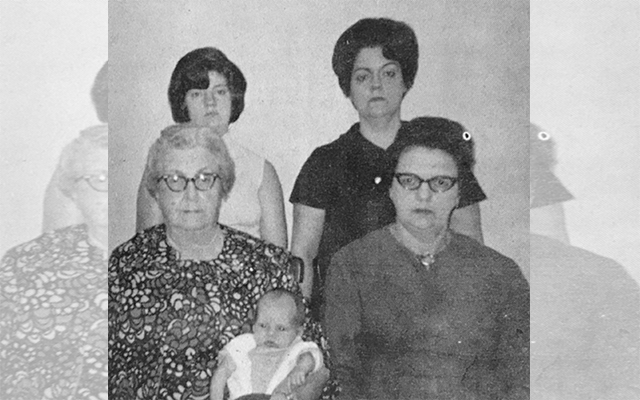 New store — B. E. Anderson, propr. of the Houlton Shoe Hospital, opened his new shoe store in the Fox Bros. store and his first day’s business was a most satisfactory one.

The store has been remodeled to the needs of his business, and is most convenient. This store will be run in connection with his Shoe Hospital on Court Street, which will still continue to take care of the large amount of repair work.

Resigned — After 10 years of service as deputy sheriff, Albert H. Ingraham of Sherman has resigned from the deputies’ squad. He has been appointed a trial justice and has taken up the reading of law in P. P. Burleigh’s office at Sherman Mills.

Mortgage paid — As the result of a brief but significant ceremony held at the home of the Chester L. Briggs Post American Legion, the local post became sole owner of the premises they purchased in, and have occupied since, 1940.

Attends meeting — Bernard E. Esters left this afternoon by plane for New York where he will attend a meeting of the board of directors of Newspaper Advertising Service, Inc. He will also attend a regional meeting of the National Editorial Association to be held in Boston Saturday.

Anniversary — Mr. and Mrs. Benjamin W. Sprague observed their 55th wedding anniversary quietly in their trailer home in Sherman Mills. They were married Jan. 13, 1915 by the Rev. Frederick Parker and with the exception of 13 years in Winthrop, they have lived all their married life in Sherman. Mrs. Sprague, the former Annie Ingalls, was born in Sherman and her husband was born in Topsfield.

Study ambulance corps — A group of gentlemen from Lincoln were in Houlton obtaining information on the local Ambulance Corps organization. The Clay Funeral Home of Lincoln, who had been performing the service there, is discontinuing such a service and the town will assume the obligation. Present at the meeting were; Houlton Ambulance Corps director, Clyde T. Hiltz; Hervey Clay, owner of the Clay Funeral Department; and Warren Cookson, Town Manager of Lincoln.

Joining the staff — Mrs. Andrea K. Groft, PA, will be joining the medical staff at Katahdin Valley Health Center in Patten.  Mrs. Groft spent two years as a staff member of a halfway house for the mentally disabled in London, England.  An open house will be held for her in February during which we hope that all the community from Smyrna to Benedicta will turn out to meet this truly delightful person.

Only one member of Maine’s congressional delegation had come out in favor of impeaching President Donald Trump ahead of House Speaker Nancy Pelosi’s Tuesday announcement that the Democratic-led House of Representatives would begin an impeachment inquiry.
Pets END_OF_DOCUMENT_TOKEN_TO_BE_REPLACED