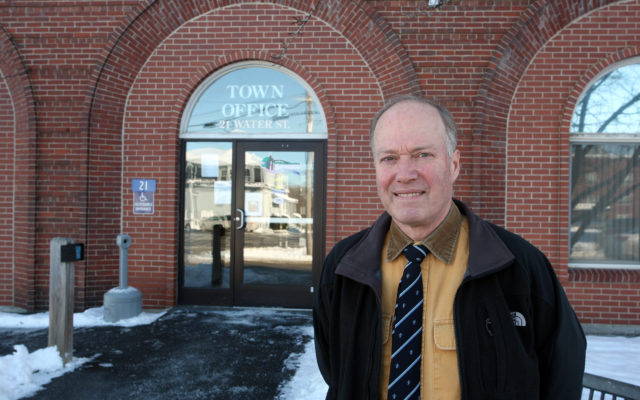 Joseph Cyr • December 21, 2017
William D. MacDonald has worn many hats over the years, but he his current hat may just be the best fit yet.

HOULTON, Maine — William D. MacDonald has worn many hats over the years, but he his current hat may just be the best fit yet.

Born in Augusta, MacDonald grew up in neighboring Winthrop, attending public schools there before moving on to Bowdoin College, where he earned a double major in history and economics.

He also was a commercial fisherman in Freeport for a number of years. “It was hard work, but good work,” he said. “It’s very similar to farming or working in the woods. You generally know at the end of the day how your day went and whether you made any money.”

He then decided to return to school and attended the Maine School of Law, where he obtained a degree in public policy.

“I wanted to have a working knowledge of tax law, land use and marine law and business geared toward public policy work,” he said.

MacDonald also spent some time at the Island Institute in Rockland, where he served as the marine resources director working with the fishing communities in the midcoast area.

“I was proud to work on the ‘Working Waterfront’ initiative to make sure that Maine working people had access to the resources they needed,” he said.

His father was involved in public administration for a number of years and MacDonald said he was eager to follow in his footsteps. To that end, he served for several years as a Winthrop town councilor and planning board member.

“Most of our boards and councils are not paid much, so you are not doing it for the money,” he said. “You do it because you care for the community.”

He worked as a park ranger at Baxter State Park from 2008-12 and most recently has worked in Augusta with the Maine State Employees Association, SEIU Local 1989, as a political and legislative coordinator.

“My work has been primarily on state programs and state services, but also making sure that funding came at the level it was supposed to with revenue sharing,” MacDonald said. “There has been an effort over the last five or six years to zero out (revenue sharing), and I have been defending the need for keeping it. Two percent in revenue sharing is worth about $350,000 per year for Houlton.”

MacDonald said he had visited Houlton many times in the past and was familiar with the area when he applied for the vacant town manager position.

“I worked with a program that did a statewide study of agriculture, and four communities, including Houlton were part of that,” he said. “We were looking at the historical and socio-economic impacts of agriculture.”

A love of the outdoors, particularly Nordic skiing and fly fishing, has brought MacDonald to Aroostook County many times over the years.

“The County has always been special to me,” he said. “I always found myself coming north and east when I recreate. So Aroostook and Washington counties have been destinations. I tend to get more exercise in the winter from skiing and snowshoeing.”

Among the many challenges facing Houlton, he said, is maintaining the quality of services without overburdening the taxpayers.

“I want to provide quality public services and try as hard as possible to make sure we get the revenue coming in from the state and to build up our tax base through economic development,’ he said.

MacDonald came on board just as the town’s Board of Budget Review began its work on the 2018 municipal budget. That budget was presented to the full council Monday evening.

“I am stepping right into the budget process,” he said. “Day two on the job was the first meeting with the Board of Budget Review. It’s been going well.”

“To me, Houlton is a vibrant community,” he said. “As a service center, it has always struck me as being larger than its population of about 6,000. The pride of the community really comes through. We have a high rate of young people going off to higher education, so we need to make sure we have jobs for them to come back to.”

Just when we thought we were out of the woods with kitten season, it has hit full force.  The past few days have been difficult answering the phone and hearing the stories of why people have litters of kittens they need to surrender.
Campaign Corner END_OF_DOCUMENT_TOKEN_TO_BE_REPLACED