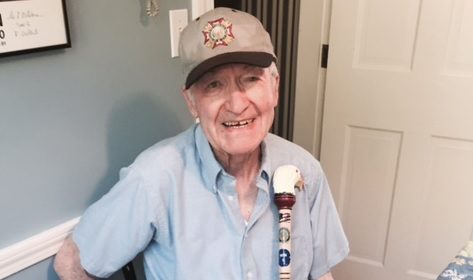 Chris Burns • March 11, 2018
Donald F. Collins, father of Maine’s most popular elected official and a fixture of the Pine Tree State’s political scene in his own right, died Saturday night. He was 92.

Donald F. Collins, father of Maine’s senior senator and a fixture of the Pine Tree State’s political scene in his own right, died Saturday night. He was 92.

Collins, a Republican from Caribou, served five terms in the Maine House and Senate between 1970 and 1992, and as the mayor of the city of Caribou. He is survived by his wife of 70 years, Patricia Collins, and their six children, including U.S. Sen. Susan Collins.

Politics was a family business. His older brother Samuel W. Collins Jr., a Harvard educated lawyer, represented Knox County in the Maine Senate from 1972 to 1984 and sat on the Maine Supreme Judicial Court from 1988 to 1994, according to BDN archives. The two Collins brothers even shared an apartment during the week while serving in Augusta, according to the Free Press.

On Sunday, Maine’s political elite expressed sadness at the passing of a man they cast as a model of civic devotion and public service.

“Don represented the best of Maine: a dedicated public servant, a pillar of the business community and a loving husband and father,” U.S. Sen. Angus King, an independent, said Sunday in a statement. “His contributions, in the County and across our state, will not be forgotten, and our prayers are with his family during this difficult time.”

Former Republican U.S. Sen. Olympia Snowe and her husband, former Republican Maine Gov. John McKernan Jr., both friends of the Collins family, in a statement Sunday praised Donald Collins for the “selfless devotion, passionate commitment, and dedication of service” he demonstrated during his time in the Maine Legislature.

“We have such fond memories of Don over the years and have been great admirers of his, as well, since our first days working with him during his terms in the Maine State Senate,” Snowe and McKernan said.

“Our deepest sympathies go out to Pat, Susan, and the Collins family in this time of sorrow. We pray that they will be sustained in the days ahead by the many special memories they have of Don and the knowledge that his legacy of family and service to Maine and America will forever endure.”

Collins was born in Caribou on Nov. 30, 1925. He was one of four brothers — Samuel Jr., Donald, Doug and David — born into the Collins family, according to the Free Press.

Donald Collins served as member of the 87th Infantry in Europe during World War II, according to the BDN archives. When he was only 19, he was wounded during the Battle of the Bulge, the last major German counteroffensive as the allied armies closed in on Berlin, for which he earned two Purple Hearts.

He also was awarded a Combat Infantryman Badge, a Bronze Star and a Purple Heart with Oak Leaf Cluster, according to the BDN archives. 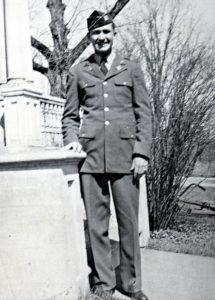 Donald F. Collins of Caribou, father of Maine’s most popular politician and a fixture of Maine’s political scene in his own right, has died. He was 92.

Collins was discharged as a sergeant in January 1946, and he returned to Maine, where he enrolled at the University of Maine on the G.I. Bill. It was while at UMaine that he met his future wife, Patricia, according to the BDN archives.

“They were married in 1948, before Alaska and Hawaii became states,” he said on the show. “How about that kind of commitment? We think it’s something worth celebrating.”

Donald Collins joined the family business in 1949, becoming the fourth generation to take the helm of S.W. Collins Co., and he was credited with helping the business to expand its operations, according to the Free Press. Collins retired in 1992, but continued to serve on S.W. Collins Company’s board.

Two of Collins’ children, Sam and Gregg, are now part of the fifth generation operating S.W. Collins. He also is survived by daughter Kathleen Wiesendanger and her husband John, his son Michael and his wife Debbie, and his daughter Nancy Collins and her husband Richard Sperry, 11 grandchildren, and five great-grandchildren, according to his obituary. 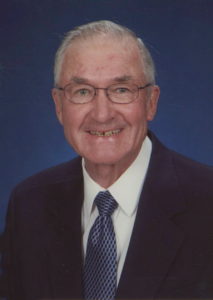 David Martin, the current mayor of Caribou, led the March 12 City Council meeting by having a brief moment of silence for Collins, honoring his impact on the city and the lives of many who live there.

Throughout his life, Collins led several organizations, and was a director of the Maine Community Foundation, Maine Public Broadcasting Corporation, Maine Mutual Insurance Company, the Aroostook Trust Company, Maine National Bank, and Loring Development Authority. He was also president of the Caribou Hospital District, Maine Retail Lumber Dealers Association, and the Caribou Rotary Club, according to his obituary.

Next year's Caribou City Council will include a new member and a longtime councilor thanks to Tuesday's election.
Pets END_OF_DOCUMENT_TOKEN_TO_BE_REPLACED

The snow and the cold weather has arrived. If we listen to everyone it is going to be a difficult winter.
What's Happening This Week END_OF_DOCUMENT_TOKEN_TO_BE_REPLACED