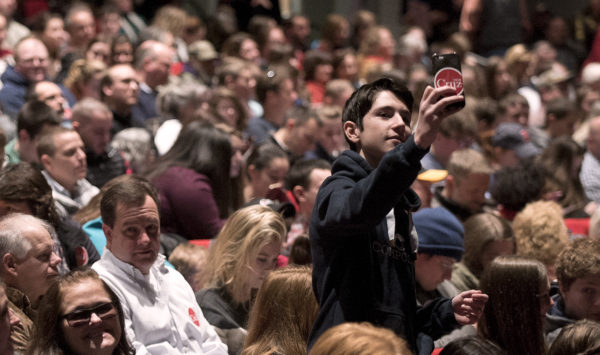 Contributed • March 24, 2018
The University of Maine System board of trustees unanimously approved a contentious political activity policy during its meeting Monday, despite faculty and student representatives’ pleas for another delay.

The University of Maine System board of trustees unanimously approved a contentious political activity policy during its meeting Monday, despite faculty and student representatives’ pleas for another delay.

The proposal sparked controversy when an early draft started circulating among faculty members late last year. The aim of the policy on “Institutional Authority on Political Matters,” was to prevent university employees from participating in partisan political advocacy while on the clock or using university resources.

Faculty members worried the way the policy was written left the door open to restrictions on free speech and academic freedom. Jim Thelen, the university system’s general counsel, gave the policy two major rewrites after visiting with faculty groups on several campuses, but it wasn’t enough to quell all concerns.

Uriah Anderson, a professor at the University of Maine at Machias who serves as a faculty representative to the board, called on trustees to postpone their vote on the policy until their May meeting to allow more vetting time. He said that school vacations have made it difficult to organize, review and recommend changes to the policy as a group.

Thelen argued this process has been “a shining example of engagement,” and said that even after a two-month delay, the language likely wouldn’t adjust much further.

Members of the Houlton Band of Maliseets will head to the ballot box in order to determine who will be elected as their new tribal chief.
Pets END_OF_DOCUMENT_TOKEN_TO_BE_REPLACED