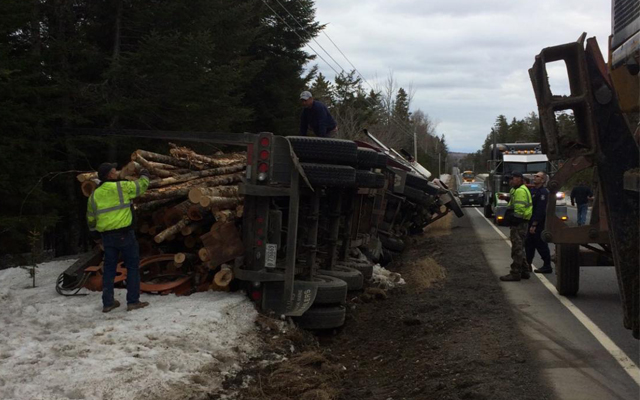 Before police could find the rig, however, dispatch received a report that the truck had overturned, spilling its logs, at 1:10 p.m., according to Cpl. Dennis Quint of the Maine State Police Troop F in Houlton. 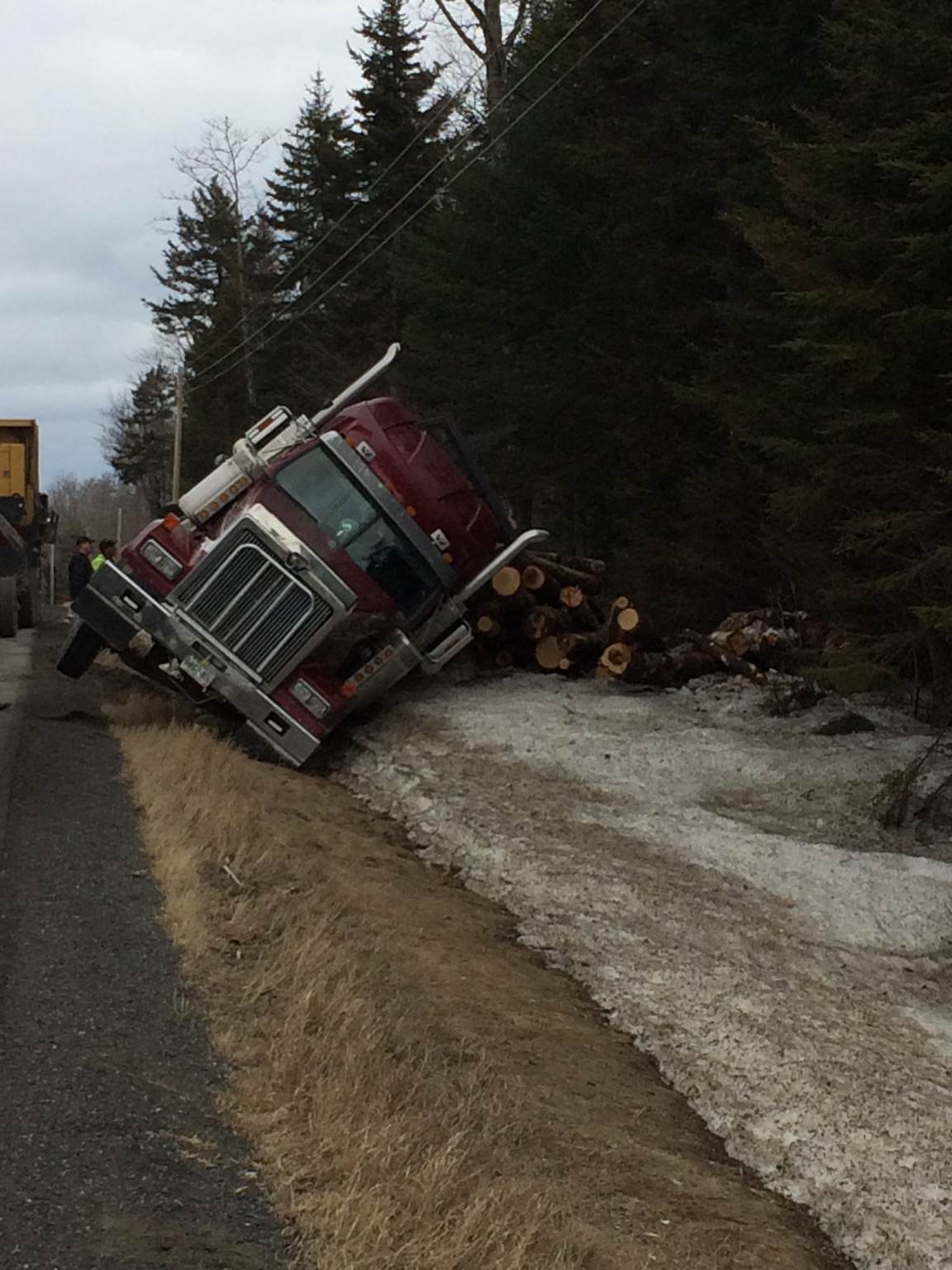 A tractor trailer loaded with logs overturned on U.S. Route 11 Thursday afternoon in Township 7, Range 5 in southern Aroostook. The driver, 41-year-old Corey Porter of Princeton, was not injured but Maine State Police said they charged him after finding marijuana in the vehicle. (Courtesy of Maine State Police)

“Trooper Scott Duff responded to investigate the complaint, but before he could locate the truck, it was reported the truck had crossed the center line and gone off the roadway tipping the loaded log trailer and spilling the logs into the ditch,” Quint stated in a press release.

Police reported that the driver, 41-year-old Corey Porter of Princeton, had marijuana in the truck and issued him a criminal summons. Speed also was believed to be a factor in the crash. Corey was not injured and was wearing his seat belt, police said.

Westerdahl’s towing was called to finish unloading the trailer and remove the truck from the roadway.