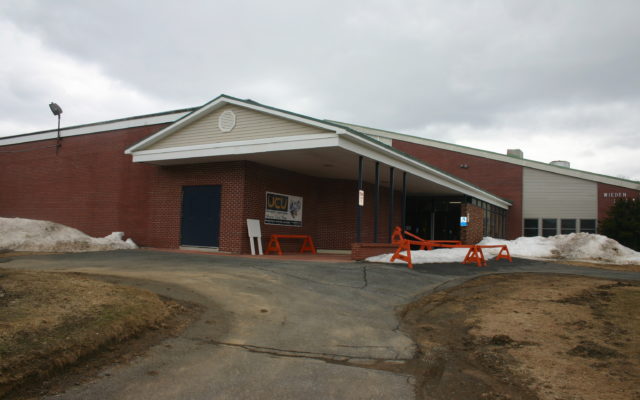 Melissa Lizotte • August 13, 2018
Officials at the University of Maine at Presque Isle and University of Maine at Fort Kent urge County residents to vote for a $49 million bond package in November that would give the two campuses a total of $7.4 million to complete major infrastructure upgrades and expand healthcare programing.

PRESQUE ISLE and FORT KENT, Maine — Officials at the University of Maine at Presque Isle and University of Maine at Fort Kent urge County residents to vote for a $49 million bond package in November that would give the two campuses a total of $7.4 million to complete major infrastructure upgrades and expand healthcare programing.

If the majority of Maine voters support Question 4 on the election ballot, UMPI will receive $4.5 million from the public universities bond pacakge to renovate spaces in both Wieden and Folsom halls to include classroom and lab space for its expanding healthcare programs. UMFK would receive $2.9 million to construct a new Welcome and Admissions Center in place of two older buildings.

Although the bond package initially considered by the Legislature would have allocated $75 million for Maine universities, with UMPI receiving $5.6 million and UMFK receiving $3.7 million, lawmakers renegotiated the total amount to ensure that enough legislators and Gov. Paul LePage would support the measure, according to UMPI President Ray Rice.

Gov. LePage signed the university bond bill in July, which will appear on the November ballot along with initiatives that aim to enact a 3.8 percent tax to create a state Universal Home Care Program, a $30 million bond to plan and construct wastewater treatment facilities for homeowners, a $106 million bond for construction, reconstruction and rehabilitation of state highways and bridges, and a $15 million bond to improve career and technical education at Maine’s community colleges.

“It was important that the total bond allocation be one that could support both the rural and larger campuses in the UMaine System substantially,” Rice said. “We’re fortunate to have the support of all congressional delegates who represent Aroostook County and Governor LePage.”

While UMPI still has plans to undertake crucial interior and exterior renovations to Wieden Hall, which was built in 1958, campus officials have decided to focus solely on improving and upgrading classroom and laboratory space for healthcare programs such as physical therapy, exercise science and nursing, the latter of which is being implemented this fall through a collaboration with UMFK’s Bachelor of Science in Nursing program.

After further evaluating potential costs and needs for renovation projects, UMPI officials decided to not include renovations to Wieden Auditorium as part of the bond funding and instead put more of those funds toward turning a large auditorium-style classroom in Folsom Hall, also known among faculty and students as the “fish bowl,” into additional laboratory space for future healthcare programs.

Rice said that UMPI is currently having conversations with local hospitals and healthcare agencies to evaluate the workforce needs for those fields in Aroostook County and discuss which academic majors the university could establish or expand upon.

“The ‘fish bowl’ has been under-utilized as a classroom for many years because of our focus on keeping class sizes as small as possible for students,” Rice said. “We see the potential funds from this bond as an opportunity to increase enrollment in healthcare majors and help meet the needs of Aroostook County’s workforce.”

If the bond initiative passes, Rice expects that renovations to both Wieden and Folsom halls would be completed by fall 2019. In the meantime, UMPI will utilize temporary nursing lab space in Pullen Hall, located adjacent to Folsom Hall, that will include a mock hospital setting with a bed, bedside table, human patient simulator mannequin, a needle and glove dispensing system, oxygen unit and an IV pole.

The bond would allow UMPI to relocate and expand the nursing lab to Wieden Hall and provide students with the latest technology and equipment and to allocate other funding sources such as grants and annual internal funds toward other infrastructure renovations to the auditorium and gymnasium in Wieden Hall and residence halls. UMPI will release information regarding the specific nature of the Wieden and Folsom Hall renovations in September.

“We’re confident that the public will recognize how essential the need is for qualified healthcare professionals, as many nursing homes and hospitals in Aroostook County have struggled to attract staff members who want to remain in the area,” Rice said.

Community workforce development is also a goal for UMFK officials, as they seek to improve their own aging campus infrastructure and contribute to job growth in The County. Like UMPI, officials from UMFK have decided to focus their portion of the bond package on one project, which will involve demolishing the Madawaska House and St. David House and building a new Welcome and Admission Center to be located at the entrance to campus.

Currently the Madawaska House is home to the offices for marketing, communication, fundraising and development while all admissions staff members are located in the St. David House. Both buildings were constructed in 1935 and have become too costly for the university to maintain, according to President John Short.

With the potential bond funds going toward the Welcome and Admissions Center, Short expects that more annual internal funds would be made available for other much-needed renovation projects such as expanding classroom space in Cyr Hall, and making infrastructural and technical upgrades to Fox Auditorium, residence halls and the sports center within the next several years. If voters approve the bond package, construction for the Welcome and Admissions Center would likely begin in spring 2019.

UMFK’s future also will involve more collaborations with UMPI in fields that are crucial to The County’s workforce such as allied health and criminal justice as well as in programs that have traditionally seen lower enrollment at one or both campuses such as English, French, business and environmental science.

“Many of UMFK’s students have traditionally majored in healthcare-related fields, with at least half majoring in nursing,” Short said. “This bond is not just an investment in higher education, it’s an investment in Aroostook County’s future. We need to prepare more people to enter the workforce and encourage them to build their lives in Maine and especially in this region.”

Short also cited new, physically updated buildings as a major factor that students and their parents consider when visiting and applying to colleges. His view is shared by Sam Collins, president of S.W. Collins Company and a member of the University of Maine System Board of Trustees. Collins spoke in favor of the bond initiative during the annual dinner for the Maine Better Transportation Association on Thursday, Aug. 2.

“Nearly half of the buildings at all the University of Maine System campuses have not been renovated for over 50 years,” Collins said, during his keynote address at the Northeastland Hotel in Presque Isle. “This bond is an investment that will help our universities recruit and retain more students and give those students the higher education that so many of today’s jobs require.”

Members of the Houlton Band of Maliseets will head to the ballot box in order to determine who will be elected as their new tribal chief.
Pets END_OF_DOCUMENT_TOKEN_TO_BE_REPLACED