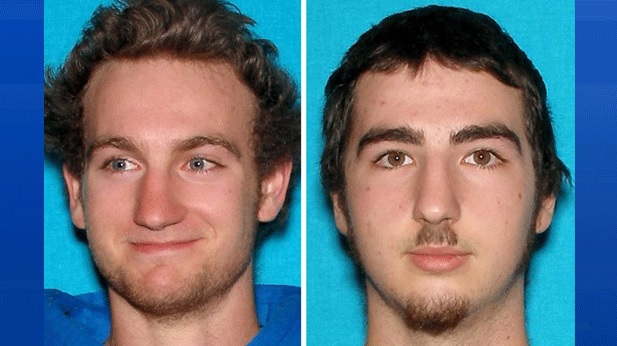 Staff Pioneer Times • October 31, 2018
Two suspects involved in the incident that shut down the busy international border between Houlton, Maine, and Woodstock, New Brunswick, for about 12 hours on Friday, Oct. 26, are brothers, according to CTV Atlantic.

HOULTON, Maine — Two suspects involved in the incident that shut down the busy international border between Houlton, Maine, and Woodstock, New Brunswick, for about 12 hours on Friday, Oct. 26, are brothers, according to CTV Atlantic.

The incident began just before 9:15 a.m. on Friday after members of the New Brunswick RCMP responded to a suspicious vehicle that had driven from Canada and stopped in the area between the Canada and U.S. border crossings.

The border crossing, which handles 3,000 to 4,000 vehicles daily, was shut down for about 12 hours on Friday, disrupting traffic in both countries. Despite the arrest of both men at about 3:20 p.m., border officials did not reopen the crossing until about 10 p.m. to give investigators time to finish processing the vehicle and clearing the scene.

U.S. officials handed Bailey Roy over to the Royal Canadian Mounted Police on Sunday and he appeared in Woodstock Provincial Court on Monday, according to the RCMP.

CTV Atlantic reporter Bruce Frisko reported that Bailey Roy has been charged with mischief over $5,000, obstruction, and common nuisance. He remains in custody, but has a bail hearing scheduled for Thursday afternoon in provincial court.

An officer from the Houlton Police Department speaks to a motorist who stopped at the Houlton port of entry that crosses into Canada at Woodstock, New Brunswick, shortly before noon on Friday, Oct. 26. Traffic was being redirected away from the crossing but Houlton police and officials from the Department of Homeland Security said that they could not comment on the situation. (Jen Lynds)

Frisko also reported that Damien Roy was still being held in Maine pending processing by U.S. Immigration and Customs Enforcement.

It is not clear why U.S. officials detained one brother involved in the border standoff and turned the other over to Canadian officials.

CTV Atlantic reported that in October 2015 two brothers with the same names and dates of birth were the focus of a search-and-rescue operation in Halifax. The then 18 and 19 year olds were reported missing, prompting a search. The search eventually was called off, however, and police later found the men while dealing with another matter., according to CTV Atlantic.

I was mentioning to our board of directors this past week that I got a quarterly report from a large online retailer who will donate a portion of my purchases to a charity I select.
Campaign Corner END_OF_DOCUMENT_TOKEN_TO_BE_REPLACED