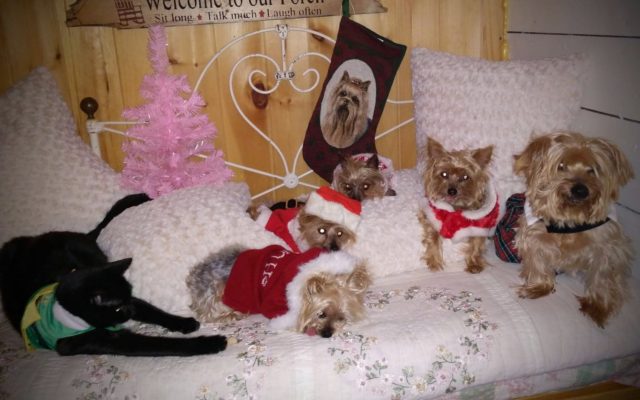 Joseph Cyr • December 19, 2018
For the past six years, the F.A. Peabody Company has asked people in Maine to submit photos of their pets during the holidays as a way to increase the company’s reach.

HOULTON, Maine — For the past six years, the F.A. Peabody Company has asked people in Maine to submit photos of their pets during the holidays as a way to increase the company’s reach.

And every year, the promotional contest has grown larger and larger as more and more folks have shared photos of their pets in a variety of holiday settings.

According to Hollie McAfee, assistant marketing director for F.A. Peabody Company, a whopping 916 photos had been received as of Wednesday morning. That number is up from the roughly 650 photos last year. In 2016, the company set a then-high total of 750 photos.

The idea for the photo contest originated with Gregg Swallow, vice president of marketing, back in 2013. F. A. Peabody Company is a privately held, family insurance corporation with roots dating back to 1927 in Houlton. The firm now has offices in Houlton, Madawaska, Caribou, Presque Isle, Mars Hill, Sherman, Calais, Lincoln, Hampden and Westbrook.

“Gregg knows that people love pet photos, but we had no idea how big it was going to get,” McAfee said. “That first year, we had a few hundred.”

This year, the entries have flowed in from all over the state of Maine. The first few years, people around the country were submitting photos, but the company decided to limit entries to just Maine.

How the contest works is when an individual submits a photo entry on the F.A. Peabody Facebook page, they designate the shelter of their choice, which will receive $1 for each entry. Shelters or animal sanctuaries that have more than 25 entries on their behalf will receive $2 for each entry, while those receiving 50 entries will receive $2.50 per entry.

The photo with the most likes will win an additional $100 for the selected shelter. The contest culminates Friday, Dec. 21, when the top “liked” photo will be revealed. There is $400 cap per shelter for donations on entries. If a shelter meets this limit and receives the most likes, they will still receive the $100 prize, for a grand total of $500.

“Each year we keep thinking that the interest will die down, but instead it seems to be growing,” McAfee said. 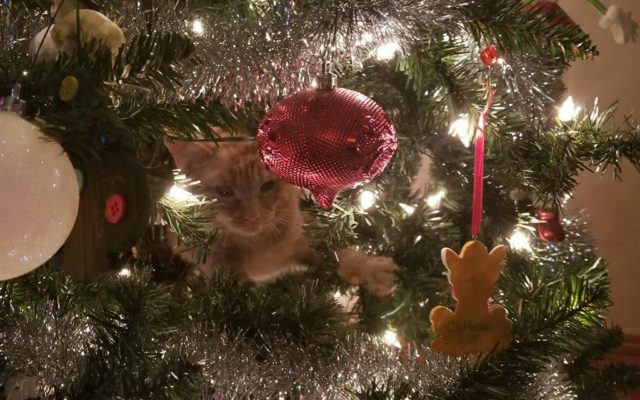 Michelle Kenney of Houlton submitted this photo her cat Symba hiding in a Christmas tree for the F.A. Peabody Company’s Holiday Pet Photo contest. Each entry earns a donation to the animal shelter of their choice. (Contributed)

Most of us have had just about enough of hearing about COVID-19 and the different variants that are popping up, but unfortunately, this pesky virus is still around.  It’s important to know a few warning signs and tips if you think you or your furry family members are affected with this illness.
What's Happening This Week END_OF_DOCUMENT_TOKEN_TO_BE_REPLACED