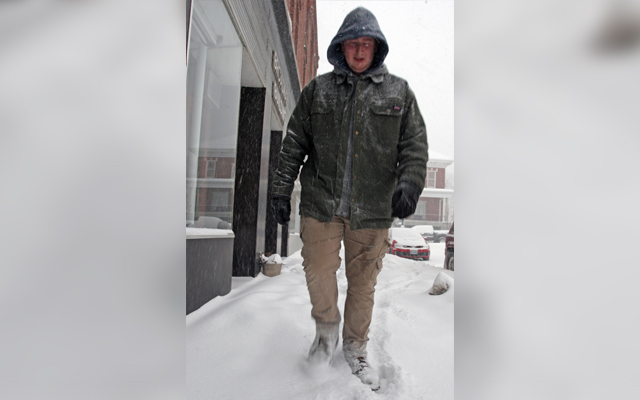 Fall ended with below average temps and well above average snowfall

Jen Lynds • December 20, 2018
The meteorological fall, which is the three month period September through November, finished with below average temperatures but well above average snowfall across southern and eastern Maine, according to the National Weather Service in Caribou.

CARIBOU, Maine — The meteorological fall, which is the three month period September through November, finished with below average temperatures but well above average snowfall across southern and eastern Maine, according to the National Weather Service in Caribou.

The first cool snap brought frost to areas around Bangor on the morning of Sept. 9, and Houlton had three consecutive nights with a low of freezing or lower from Sept. 8 to Sept. 10. The low of 26 degrees at Caribou on Sept. 24 was the first sub-freezing temperature of the season.

Then October was colder than typical with only six days during the month in Caribou and Bangor reaching at or above average temperatures, according to Mark Bloomer, meteorologist for the NWS in Caribou.

Caribou recorded the eighth coolest October since 1929 when officials began gathering such data, and the coolest since 2009, according to the weather service. Houlton experienced its third coolest October overall, with a temperature of 10 degrees registered on Oct. 27, which smashed the previous low of 16 degrees for that date set in 1936. That temperature also was the lowest observed since October 1978 and it tied for the all-time lowest temperature observed since weather records began in 1948. The low of 16 degrees at Caribou was the lowest temperature observed anywhere in the contiguous U.S. that morning.

November experienced an unusually early onset of winter conditions beginning around Nov. 10. Temperatures averaged from 3.5 degrees to 5.5 degrees below average.

At Bangor, the month finished as the second coldest behind November 1939, while also finishing as the fourth coldest in Houlton, the fifth coldest in Millinocket, and the ninth coldest at Caribou.

The three month period from September to November also finished with above average precipitation.

The total snowfall for the three months ended at 32.8 inches at Caribou, which ranked as the third snowiest autumn on record behind only 1949 and 1974. At Bangor, a total of 15.9 inches of snow was observed, which made it the tenth snowiest fall on record.

The first snow flurries of the season were observed at Caribou on Oct. 18 and at Bangor on Oct. 23.

Some locations across northern Piscataquis County east into southern Aroostook County observed six to ten inches of snow on Oct. 24. Another event a few days later produced one to three inches of snow and sleet from Caribou north, and some locations received more than an inch of sleet, which is unusual in October.

By the end of November, the snow depth was near a foot across far northern Maine with an inch on the ground at Bangor.

June is generally a month that also marks the height of “kitten season,” when large litters of kittens are born and often end up in animal shelters.   Luckily, here at the Central Aroostook Humane Society, we have seen a dramatic drop in the cat population over the past five years, mostly due to our spay and neuter program.
What's Happening This Week END_OF_DOCUMENT_TOKEN_TO_BE_REPLACED