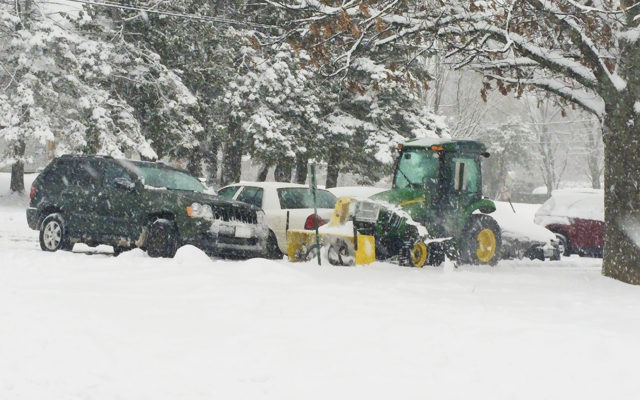 Jen Lynds • December 5, 2018
An unusually early start to winter that began in October continued into November with below normal temperatures recorded throughout both months.

CARIBOU, Maine — An unusually early start to winter that began in October continued into November with below normal temperatures recorded throughout both months.

Mark Bloomer, meteorologist for the National Weather Service in Caribou, said that the winter season appeared to start early as there were only six days in October in Caribou and Bangor that reached at or above average temperatures.

In November, temperatures for the month averaged 3.5 to 5.5 degrees below normal. At Bangor, November 2018 finished as the second coldest behind November 1939, while also finishing as the fourth coldest in Houlton, the fifth coldest in Millinocket, and the ninth coldest at Caribou. The coldest stretch occurred Nov. 10-Nov. 23.

Starting in October, Caribou recorded the eighth coolest October since 1929 when officials began gathering such data, and the coolest since 2009, according to the weather service.

Houlton experienced its third coolest October overall, with a temperature of 10 degrees on Oct. 27 smashing the previous low of 16 degrees set in 1936. That temperature also was the lowest observed since October 1978.

In Caribou, the temperature of 16 degrees on Oct. 27 broke the previous record for that date of 17 degrees set in 1976. It was just two degrees above the record low of 14 degrees for the entire month set in October 1940 and 1972.

This November was the third snowiest on record at Caribou, with a total of 29.3 inches of snowfall registered. The record is 5.6 inches higher, set in 1974.

Across the north, nearly all of the monthly precipitation of 5.04 inches, which was 1.41 inches above normal, was in the form of snowfall, according to the NWS.

That created a snowpack that had some individuals in far northern Maine riding their snowmobiles, although widespread grooming of trails had yet to be completed.

Halfway Home Pet Rescue in Caribou has partnered with the Houlton Humane Society shelter for a cat spay and neuter clinic on Saturday, May 30, and Sunday, May 31, in Houlton.
Campaign Corner END_OF_DOCUMENT_TOKEN_TO_BE_REPLACED