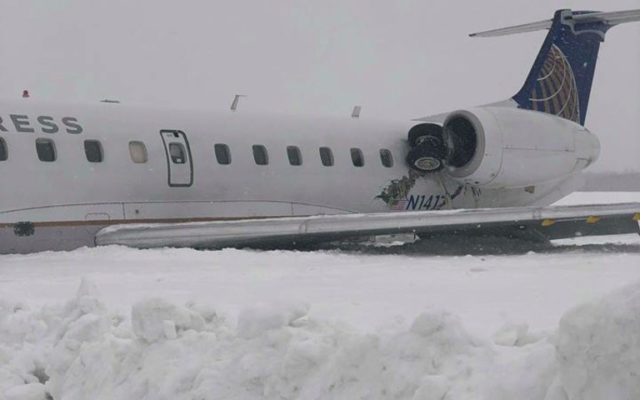 Anthony Brino & Jessica Potila, Special to The County • March 4, 2019
The Federal Aviation Administration will be investigating why a plane slid off the runway in Presque Isle Monday morning, leaving the airport closed until further notice.

PRESQUE ISLE, Maine — A United Airlines flight from Newark to Presque Isle landed roughly on its second approach and then slid off the runway Monday as passengers screamed and some seat parts popped off, according to one occupant.

Of the 28 passengers and 4 crew members on board, four passengers and the pilot were taken to the hospital with minor injuries, said Kim Smith, Presque Isle public information officer.

Presque Isle International Airport will be closed until further notice as representatives of the Federal Aviation Administration investigate, Smith said. 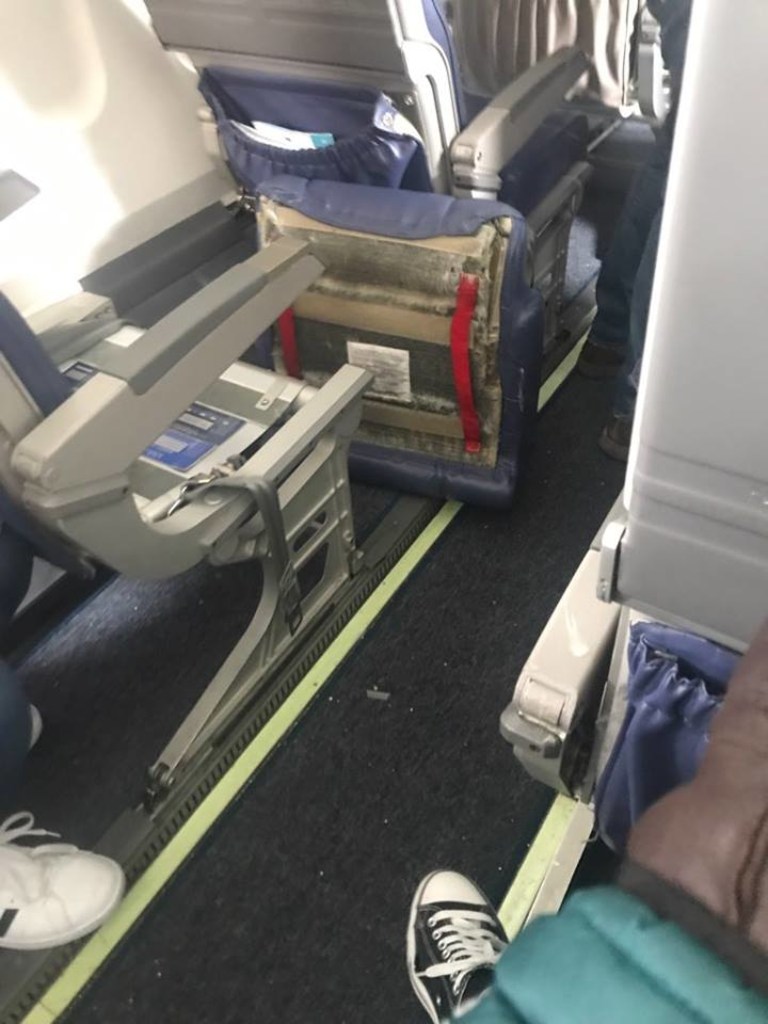 Rick and Cassie Daigle, owners of Too Far North Fitness in Fort Kent, were on this United flight that ended up off the runway at the airport in Presque Isle on Monday morning. Cassie Daigle took this photo inside the plane shortly after it stopped. Rick Daigle said the scene inside the airplane as it landed was one of chaos with people screaming and seat parts popping off. (Courtesy of Cassie Daigle)

The aircraft that arrived around 11:30 a.m. Monday also sustained unspecified damage and is remaining in place until investigators with the Federal Aviation Administration can assess the incident, Smith said.

It is not clear what may have caused this to happen, Smith said.

The accident closed the airport Monday, and it is not known immediately when outgoing and incoming flights will resume, she said.

Rick and Cassie Daigle, owners of Too Far North Fitness in Fort Kent, were on the flight returning from Columbus, Ohio, where Cassie Daigle was competing in a kettlebell event at the Arnold Sports Expo.

Rick Daigle said from the airport via an interview using Facebook messenger that passengers realized there was a problem even before the plane hit the runway.

“Well, the first attempt they pulled up before landing … so obviously something was wrong,” he said. Contradicting the report that the plane landed on the runway and then skidded off, he said, that “the actual ‘landing,’ if you want to call it that, completely missed the runway. The first impact was hard and violent.”

Daigle said the plane then bounced four or five times before coming to a stop at a location far from the runway.

“The plane literally is nowhere near the actual runway,” he said, adding that snowplows had to remove snow so that emergency responders could get to the plane to help the injured passengers.

The scene inside the airplane as it landed was one of chaos with people screaming and seats coming apart, Daigle said.

“We smelled some burning, but nothing was on fire. We were just in shock.”

Daigle said his wife hit her head during the incident and once the couple returns to Fort Kent she plans to be evaluated at Northern Maine Medical Center as a precaution.

“We climbed out on a ladder with the help of local firefighters,” he said.

The Daigles were still at the airport as of 2 p.m. after having been interviewed by emergency medical technicians and a United representative, Daigle said.

“Cass did say to me she will be OK when she sees Keegan,” Rick Daigle said.

“I do want answers though,” he said.

Writer Jessica Potila of Fiddlehead Focus contributed to this report. 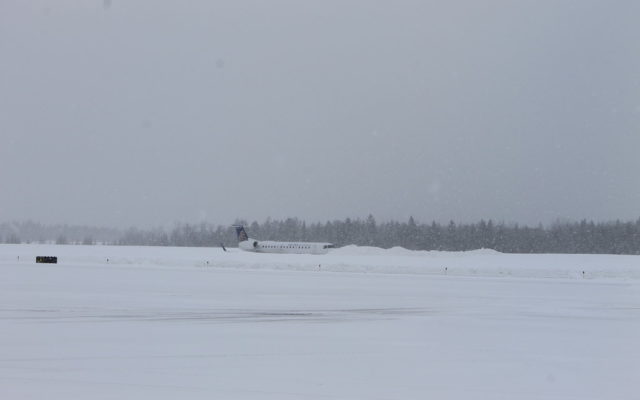 United Airlines flight 4933 at the Presque Isle International Airport Monday afternoon, after landing off the runway around 11:30 a.m. The incident shutdown the airport until an investigation by the Federal Aviation Administration. (Contributed)

Next year's Caribou City Council will include a new member and a longtime councilor thanks to Tuesday's election.
Pets END_OF_DOCUMENT_TOKEN_TO_BE_REPLACED

When I wrote the first story of our dog Odie, I didn’t know that I would write a Part 2, but there were so many more stories that I decided more of this little dog’s story needed to be told.
What's Happening This Week END_OF_DOCUMENT_TOKEN_TO_BE_REPLACED