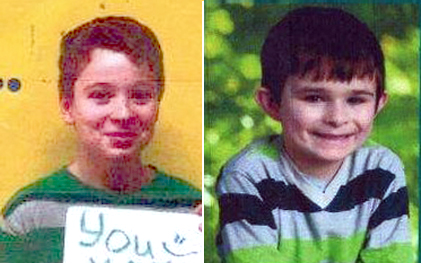 Jen Lynds • April 26, 2019
Presque Isle police are seeking the public’s help in locating two children whose father may have taken them out of state against their will and against a custody agreement.

Presque Isle police are seeking the public’s help in locating two children whose father may have taken them out of state against their will and against a custody agreement.

“He has violated the custody agreement,” Beck said. “He has basically hidden the children. There has been no communication from Mr. Strothers or from the two children to their mother.”

Beck said that police began investigating the case “a few weeks ago,” and at first believed that the children were still in the area.

“We have now reached a point where we strongly believe the children are either in North Carolina or South Carolina,” he said.

The children have relatives in that area, who police named as Kimberly McLeod, also known as Kimberly Strother, who is an aunt, and Christopher McLeod, who is an uncle, as well as Matthew McLeod.  Beck said that he is not sure how Matthew McLeod is related to the boys.

The children’s mother is from the Presque Isle area.

Police have no information on what Joel Strother, who has lived in Madawaska and Presque Isle, might be driving.

“We believe he may have purchased a new vehicle,” Beck said.

Anyone with information is asked to contact the Presque Isle Police Department at (207) 764-4476.

Members of the Houlton Band of Maliseets will head to the ballot box in order to determine who will be elected as their new tribal chief.
Pets END_OF_DOCUMENT_TOKEN_TO_BE_REPLACED