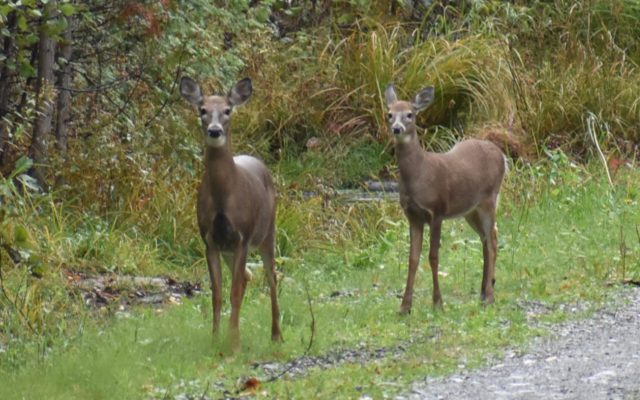 John Holyoke • July 2, 2019
Hunters hoping to increase their odds of filling their tag this fall can do so in the simplest of ways. The state Department of Inland Fisheries and Wildlife has opened its online any-deer permit lottery.

Hunters hoping to increase their odds of filling their tag this fall can do so in the simplest of ways. The state Department of Inland Fisheries and Wildlife has opened its online any-deer permit lottery.

Any-deer permits, also widely referred to as “doe permits,” allow a hunter to shoot an antlerless deer during the hunting seasons. In general, those without any-deer permits are restricted to shooting bucks. The state allocates those permits via a free-to-enter lottery each year.

Those interested in entering the lottery can do so here. The entry deadline is 11:59 p.m. Aug. 15. The lottery is set for Sept. 6.

“Last year was a record year by quite a bit, and a lot of that last year was because we’d been under-harvesting does in a lot districts for a long time running,” Nathan Bieber of the Maine DIF&W told the BDN in May.

Bieber said most of the permit reductions will take place in northern Maine, where a severe winter likely killed more deer. In three Wildlife Management Districts — 7, 12 and 13 — biologists are proposing a total reduction, from 400, 400 and 475, respectively, to zero for 2019.

The recommendation of the biological staff was made at May’s monthly meeting of the DIF&W advisory council, as part of the department’s three-part rulemaking process. An up or down vote on the proposal will be taken in July.

The DIF&W is also taking steps to address overabundant deer in two specific pieces of WMDs 25 and 26.

In District 25, parts of Georgetown and Arrowsic will benefit from a small number of bonus deer permits, which will allow hunters to shoot both a buck and a doe this fall. The same situation will exist in parts of District 26 including portions of Brewer, Bucksport, Castine, Dedham, Holden, Orland, Orrington, Penobscot, and Verona, according to Bieber.