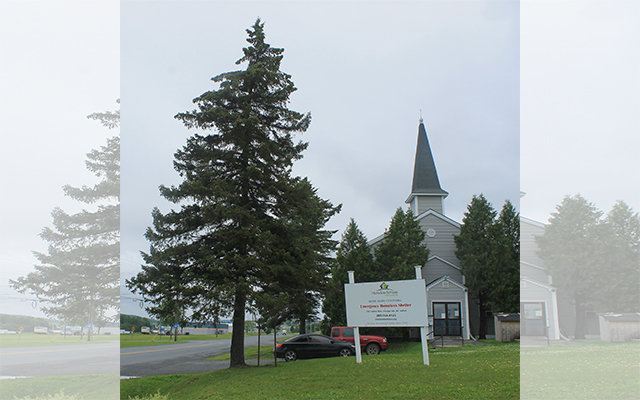 Anthony Brino • July 3, 2019
Homeless Services of Aroostook started offering a new option on July 1 to individuals experiencing homelessness who previously may not have been able to stay at the Sister Mary O’Donnell Emergency Homeless Shelter.

PRESQUE ISLE, Maine — Homeless Services of Aroostook started offering a new option on July 1 to individuals experiencing homelessness who previously may not have been able to stay at the Sister Mary O’Donnell Emergency Homeless Shelter.

The shelter changed 20 of its 49 beds into “low-barrier” emergency overnight housing beds for single adults, and two people stayed there on the first night, said Homeless Services of Aroostook executive director Stephen Eyler.

“This is a need that we’ve had for a very long time. We were hindered in our ability to provide safe shelter for the bulk of the population,” Eyler said.

Until July 1, about two-thirds of those seeking a bed had to be turned away because of screening criteria based around a number of factors, including recent violent criminal histories and anger management issues, Eyler said.

People who had those types of risk factors were turned away in order to prioritize the safety of families and children in the shelter, Eyler said.

Now, the shelter’s first floor with the low-barrier beds is sectioned and locked off from the rest of the rooms on the second floor, and a second staff member was brought on for the overnight hours, Eyler said.

Individuals who need to access the low-barrier beds can check in between 7 and 9 p.m. Lights go out at 10 p.m. and then departure time is by 7 a.m. the next day, Eyler said.

“The changes we put into place stem directly from years of meetings we’ve had with stakeholders here in Aroostook County,” Eyler said, referring to conversations with other social service organizations about the need for an additional emergency shelter option.

Homeless Services of Aroostook runs the only homeless shelter available to the general public in Aroostook County. The Hope & Justice Project operates emergency housing for victims of domestic violence out of facilities in Houlton, Caribou and the St. John Valley.

“It’s something we recognized a while back that needs to change. We weren’t in a position financially to change the operation. It’s gotten to the point that the board decided that we simply can’t wait anymore,” Eyler said.

“We still can’t afford to do it but we’re doing it. It’s long overdue. It’s essentially a leap of faith. We don’t know how we’re going to sustain this.”

Homeless Services of Aroostook also operates a transitional housing program through leased housing units and coordinates with other agencies in offering people resources for housing, employment and health care.

The Sister Mary O’Donnell Emergency Homeless Shelter has operated for 35 years out of a former military base chapel on Central Drive owned by nearby Northern Maine Community College. The shelter was spearheaded by the late Sister Mary O’Donnell of St. Mary’s Catholic Church in Presque Isle, and it serves more than 100 people each year, Eyler said.

“We’ve been at this a long time. It’s part of our reason for existing to help people with second chances.”

Meanwhile, Eyler said Homeless Services of Aroostook has stopped its recent effort to raise funds and build a new location for its shelter.

“That’s been shelved for now. Our focus is to make the building we’re in work as long as it can.”