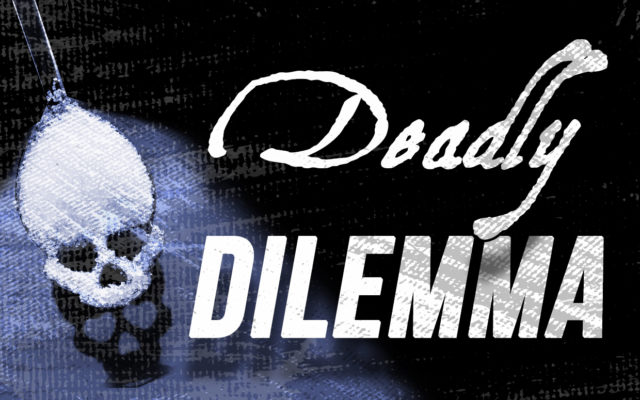 Nina Mahaleris • July 10, 2019
Just a block down from Main Street in Presque Isle, tucked away from all the well-kept neighborhoods where there are flower gardens on the front lawns and “Slow, Children at Play” signs on every corner, is another part of the city that could exist in an alternate universe.

PRESQUE ISLE, Maine — Just a block down from Main Street in Presque Isle, tucked away from all the well-kept neighborhoods where there are flower gardens on the front lawns and “Slow, Children at Play” signs on every corner, is another part of the city that could exist in an alternate universe.

It’s one of the more dangerous, unsightly corners of Presque Isle, one where seemingly random police searches occur on the side of the road in the middle of the day. It’s the place where neighbors can point out which apartment buildings are drug spots based on the number of people seen coming and going at all hours of the day and night. 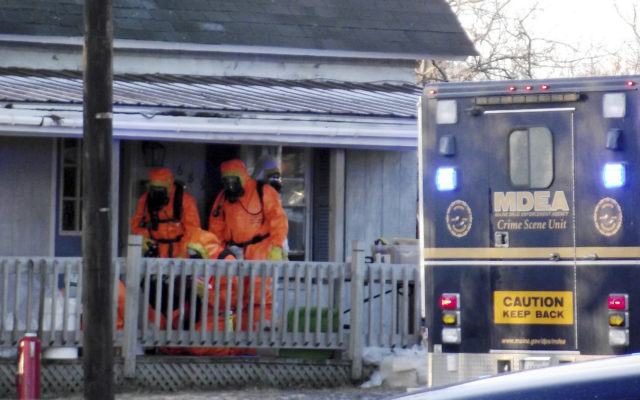 Investigators with the Maine Drug Enforcement Agency were combing a Presque Isle home Thursday, Dec. 29, 2011, after executing a search warrant upon suspicion that methamphetamine was being manufactured there. Significant evidence of methamphetamine manufacturing had been found at the Main Street residence and sampling of that evidence was underway, according to Darrell Crandall, MDEA division commander. The home owners were not present and had not been charged as of late Thursday (BDN PHOTO/JEN LYNDS)

It’s the neighborhood where a police cruiser patrols the streets at least two or three times a day while they may only pass through quieter neighborhoods a couple times per week, just to check in.

The sidewalks are littered with cigarette butts and people loiter outside the nearby grocery store. A man and a woman, both in their pajamas, scream at one another from opposite ends of the sidewalk. A driver with all the car windows rolled down yells as he blows through a stop sign. The tires screech loudly as the car whips around the corner.

The neighborhood children spend most of their day outside, riding their bicycles up and down the connecting streets. But by 8 p.m. they all disappear. Even if they aren’t on curfew, it’s as if they know better than to be alone on these streets at night.

Drug busts seem more common here than on the other side of the Star City. It’s usually not difficult to pick out which buildings might be housing drug deals, either. Often it’s the ones with overgrown weeds on the front lawns and porches that look like they are on the verge of collapsing.

Late at night, the dark sky conceals everything except the bright yellow headlights of each new car, alerting neighbors that another guest presumably is paying a visit for drugs. The usual visitors make quick pit stops at these places, and most of the time they don’t stick around for too long.

The growing presence of drugs is not exclusive to The County. It’s a nationwide problem, slowly destroying both small and large communities with each accidental overdose. It affects people of all demographics, backgrounds and social classes. 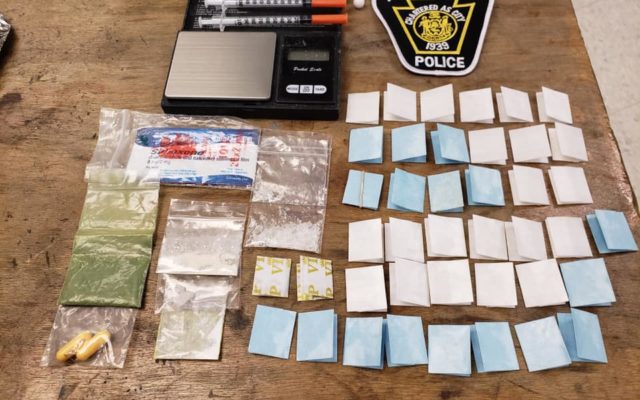 A total of 771 Mainers have died from drug overdoses within the last two years, detailed in the Annual Drug Death Report by Dr. Marcella Sorg, a medical and forensic anthropologist for the Margaret Chase Smith Policy Center at the University of Maine.

Sorg heads the Rural Drug and Alcohol Research Program, which monitors epidemiological indicators of substance abuse and drug-related deaths, primarily in the state of Maine.

The Drug Death Report for 2018, funded by the Maine Office of the Attorney General, stated that opioids were responsible for 80 percent of those deaths last year alone.

In The County, eight people died from a drug overdose in 2018, according to the same report.

Although drug overdose deaths are declining statewide, the report noted this doesn’t necessarily mean that fewer people are suffering from substance use disorders, but simply fewer people are dying from overdoses.

“The reduction in deaths may represent a decline in the lethality of specific drugs and how they are being used. It does not necessarily indicate a reduction in the numbers of individuals with opioid use disorder,” Sorg wrote.

This is a particularly important distinction for Aroostook County, which had the highest rate of drug trafficking or manufacturing arrests made by the Maine Drug Enforcement Agency between 2015 and 2016 out of all public health districts in the state. This was revealed in the Aroostook District Epidemiological Profile released in 2017, the latest available data specific to The County. The profile further detailed that the majority of these arrests were associated with  methamphetamine-related offenses.

The epidemiological profile also contained disturbing statistics about mental health resources in the area. Since 2012, Aroostook County has maintained one of the lowest rates of 2-1-1 referral calls relating to substance use of all public health districts in the state.

2-1-1 is a telephone and internet program available to the public that provides information on how to access resources during a time of crisis. The service also extends help to people for issues relating to domestic violence, sexual abuse and more. Through a partnership with the Maine Department of Health and Human Services, 2-1-1 also runs an Opiate Helpline which connects people with specialists and other treatment resources in their area.

In The County, there were approximately eight calls made seeking referrals for help relating to substance use per 10,000 residents; this was the lowest rate in Maine for 2016. Conversely, the highest rate of all public health districts in Maine that year was in Cumberland with almost 25 calls per 10,000 residents.

However, the drug problem affects more than just those with substance use disorders. When a community is overtaken by a drug crisis, everyone is affected — children included. Within the last two years, Aroostook County had the second-highest rate of reports of substance-exposed babies born in the entire state. Data from the Aroostook District Epidemiological Profile shows that there were an average of 11.2 reports to DHHS in 2016 of potential drug-affected infants born per 10,000 residents.

This number reflects the number of times in which a provider suspected an infant’s exposure to substances by observing withdrawal symptoms due to a mother using illicit or prescription drugs while pregnant.

To add to the problem, police departments are also struggling to protect and serve their cities and towns while maintaining their own staffs.

The Presque Isle Police Department, for example, is down six officers, leaving little flexibility for expanded coverage and support. The department faces a constant battle of keeping officers on staff. Unlike departments in other counties in the state, Presque Isle cannot offer competitive benefits packages and has little to entice officers to stay for longer than a few years.

Everyone in the community that relies on the police is affected when the department is short-staffed. If there are not enough officers to respond to every call, what happens to the city?

Who is left to combat the drug problem?

Next: Law enforcement always stands ready to deal with some of the more violent consequences of drug abuse. Read about substance abuse from their perspective in the next installment of “Deadly Dilemma.”

Deadly Dilemma is a series of occasional stories about the consequences of the increasing drug problem in Aroostook County. The series will feature stories on various community members, families, spouses, organizations and others who are affected. To find help near you for addiction, call 211 or visit www.211maine.org.

Recently we took in a cat named Joe. He is a very sweet cat with a multitude of problems. He was rescued from the streets here in town, but Joe turned out to be a very sick kitty and was surrendered to The Ark because the resources were not there to help him.
What's Happening This Week END_OF_DOCUMENT_TOKEN_TO_BE_REPLACED