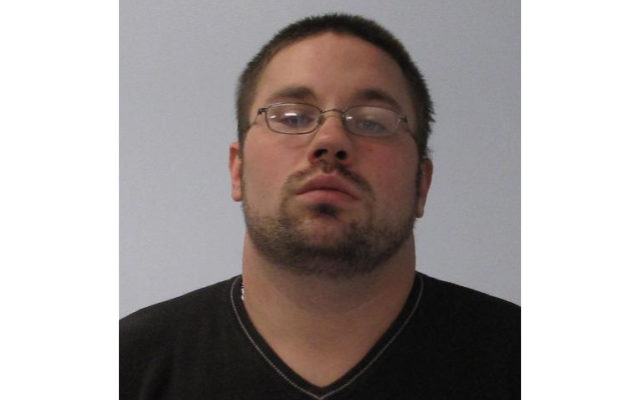 Nina Mahaleris • August 21, 2019
A Presque Isle man is in police custody for multiple charges, including possession of a firearm by a prohibited person.

PRESQUE ISLE, Maine — A Presque Isle man is in police custody for multiple charges, including possession of a firearm by a prohibited person.

The gun charge was filed by the Maine attorney general’s office.

Bobby Nightingale, 38, was taken to Aroostook County Jail in Houlton on Monday. While he was in jail, he was served a warrant out of Presque Isle District Court charging him with failure to appear in court earlier in the month on charges of criminal trespass and theft by unauthorized taking, according to the district attorney’s office.

Nightingale allegedly was found in illegal possession of a firearm on Aug. 13 in Castle Hill, according to court documents. He made his initial appearance at Presque Isle District Court on Monday after which he was taken to jail, the district court confirmed on Wednesday.

Nightingale is being held on $25,000 cash bail, is prohibited from contacting six specific people and is not allowed to return to two addresses in Mapleton and Ashland, according to court documents obtained Thursday.

In addition to the firearm possession charge, Nightingale also is being charged with burglary after he allegedly broke into a Presque Isle residence on Aug. 5. He is being held without bail on that charge, pending a request from his defense attorney for a probable cause and bail hearing.

Nightingale, who has a criminal history dating back to the early 2000s, has frequently been in and out of police custody.

In May 2018, Nightingale turned himself in to police after allegedly firing shots at an Oak Street residence. He reportedly surrendered himself with his lawyer present but denied involvement in the shooting.

He was transported to Aroostook County Jail in Houlton and held on a $20,000 cash bail. Nightingale was charged with aggravated reckless conduct with a firearm in connection with the incident, and was sentenced in May 2019 to 366 days in prison. A second charge against Nightingale for illegal possession of a firearm was dismissed.

Former Presque Isle Police Chief Matt Irwin told the Star-Herald on May 29, 2018, that he suspected Nightingale was targeting someone, although no victims came forward at the time.

In August 2017, Nightingale and two other individuals were arrested for allegedly kidnapping and robbing a man with a knife at a Caribou hotel. Charges against all three of the accused were eventually reduced in the case. Nightingale pleaded guilty and was sentenced to serve 178 days in jail for criminal attempt.

In 2006, Nightingale was sentenced to serve three years and six months in federal prison for possession of a firearm by a felon and being in possession of a stolen firearm.

Two years prior, he was sentenced in Aroostook County Superior Court to serve four years in state prison with all but two years suspended on charges of burglary, theft, criminal mischief and violating conditions of release.

Jen Lynds contributed to this report.

At the Houlton Humane Society, we take adopting the cats and dogs in our charge very seriously.
Campaign Corner END_OF_DOCUMENT_TOKEN_TO_BE_REPLACED