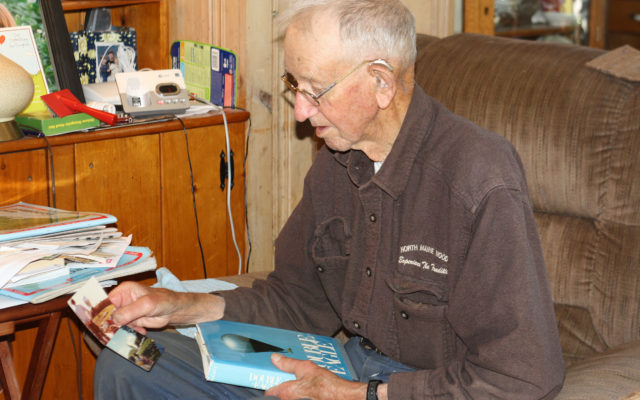 Melissa Lizotte • September 19, 2019
More than 40 years ago, the first balloon to successfully complete a transatlantic flight launched from a large potato field on the Spragueville Road in Presque Isle.

PRESQUE ISLE, Maine — More than 40 years ago, the first balloon to successfully complete a transatlantic flight launched from a large potato field on the Spragueville Road in Presque Isle.

Larry Park, a lifelong resident of the Star City, was one of approximately 8,000 people who witnessed that historic launch of the Double Eagle II, a gas-powered balloon, on Aug. 11, 1978.

“It certainly put us on the worldwide map,” Park recalled on Friday, Sept. 13, from his home on Echo Lake Road, just miles from Spragueville Road. 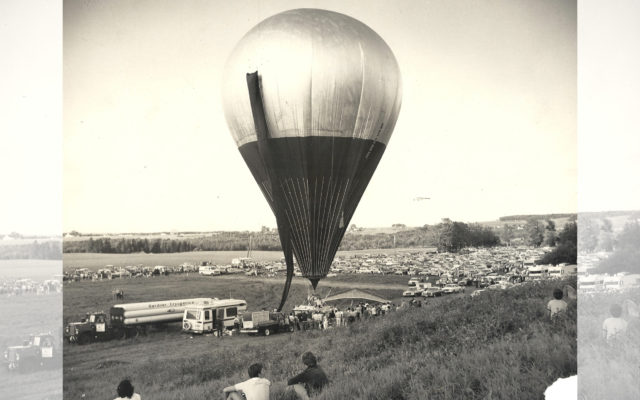 The Double Eagle II was flown by pilots Ben Abruzzo, Maxie Anderson and Larry Newman, all of whom hailed from Albuquerque, New Mexico. According to an article published in Memories of Maine magazine by Kim Smith, of the Presque Isle Historical Society, the flight was the 14th known attempt by a balloon to cross the Atlantic Ocean.

On Sept. 9, 1977, the original Double Eagle I took off from Marshfield, Massachusetts, but was forced to land in Iceland due to unfavorable weather conditions. The launch in 1978 brought numerous people to the potato field on the Spragueville Road, land that the Double Eagle II crew had rented for $100 from potato farmer Merle Sprague. 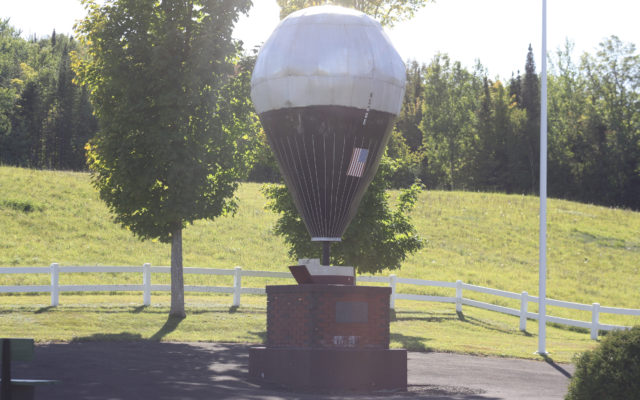 Park remembers watching the crew’s preparations for the launch from his pick-up truck with his wife Edith and their five children. Although the crew began attempting to fill the balloon with helium at 4 p.m. that afternoon, the Double Eagle II did not officially launch until 8:45 in the evening.

“At 4 when they began filling the balloon, there were cars lined up alongside the road and in the field,” Park said. “The balloon filled up awful slow.”

Park has been an avid local historian since retiring from potato farming in 1995. He is working on a history of the Bangor and Aroostook Railroad and has also immersed himself in stories of the Double Eagle II launch, including the 1980 book “Double Eagle II” by Abruzoo and Charles McCarry.

On the day of the launch, Park took numerous photographs, which he has yet to convert from print images to digital. But he has fond memories of Aug. 11, 1978, including the moment he asked one of the crew members if they could place a sign he had made on the balloon’s gondola, which resembled a large boat and featured a 800-square-foot sail and 15-foot mast in case the pilots had to land on water.

“It was an 18×18 sign that said, ‘Quality Maine Potatoes in Red, White and Blue,’” Park recalled.

Six days later, the Double Eagle II successfully landed in a barley field in Miserey, France, 60 miles northwest of Paris, where the pilots had hoped to complete their journey to coincide with Charles Lindbergh’s solo airplane flight across the Atlantic 50 years before. Many publications such as “Time,” “National Geographic” and “Readers’ Digest” featured front-cover stories of the launch in Presque Isle.

What Park did not expect to see was his homemade advertisement of Maine potatoes in a photograph that thousands of magazine readers likely saw.

“‘Sports Illustrated’ had a picture on the front cover of the balloon crossing the Atlantic,” Park said. “You could see the sign in the picture.”

He remembers that the Double Eagle II launch was such a massive event for Presque Isle that people had food vendors set up throughout the day and both the local radio station and ABC News were on hand to update listeners and viewers near and far on the balloon’s scheduled flight.

As the Double Eagle II took off, there was an announcement that told everyone to turn their car radios up loud and leave their doors open.

The city of Presque Isle dedicated a monument for the Double Eagle II site on Aug. 11, 1981, with a metal replica of the balloon, a United States flag and a French flag give to the city by the French government. In later years the site was vandalized, resulting in the theft of the two flags.

In recent years Park has taken three balloon flights of his own, including two courtesy of the Crown of Maine Balloon Festival, though none of them have flown as far as the Double Eagle II. To this day he considers the Double Eagle II launch to be one of the most unique stories of Presque Isle’s history.

“It was quite the event,” he said.

Rep. Joseph Underwood, R-Presque Isle has been appointed to serve on the Legislature’s Agriculture, Conservation and Forestry Committee.
Pets END_OF_DOCUMENT_TOKEN_TO_BE_REPLACED