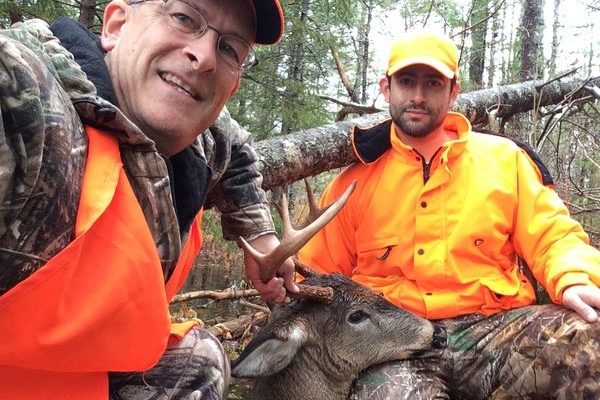 “Last year [the deer harvest] was over 30,000 which is pretty rare,” DIF&W deer biologist Nathan Bieber said. “I don’t think it’s good to get in the business of predicting really, really high record values but I would say will probably be a bit under last year’s total but still pretty high, given the historical context.

According to the DIF&W harvest report, hunters tagged 32,451 deer last year, which was the highest total since 2002 and a 19 percent increase over 2017.

The firearms season on deer kicks off on Saturday with Youth Deer Day, which is set aside for junior hunters under the age of 16 who are hunting with an adult mentor. Nov. 2 is the residents-only opening day, and non-residents are allowed to join in on the fun beginning Nov. 4.

The regular firearms deer season ends 30 minutes after sunset on Nov. 30. Hunters can then use muzzleloaders — more primitive weapons that use black powder and only hold one bullet at a time — to hunt for either one week (northern Maine) or two weeks (southern Maine).

Bieber said that early tagging of deer — archery hunters have been able to hunt in certain areas for about six weeks now — show that there are plenty of deer to be found.

As of Tuesday morning, a total of 1,411 deer had been tagged by the state’s bowhunters in expanded and regular archery seasons. Expanded zone hunts are staged in more urban areas where traditional firearms hunting is not possible, and archery is the primary way to control a burgeoning deer population.

Maine first staged a Youth Deer Day in 2002, and it has been held the Saturday before the residents-only opener ever since. Bieber said the day provides kids a special day they don’t have to share with other firearms deer hunters.

“It’s harder and harder these days to get young people in the outdoors so Youth Day offers an opportunity for young people to get out when the woods haven’t been pressured when there’s more deer on the landscape and, and in a lot of Wildlife Management Districts, they also have the chance to take an antlerless deer,” Bieber said. “So it’s a good opportunity to get kids out and hopefully get them hooked on the outdoors while they’re young.”

Bieber said veteran hunters should consider taking newcomers — young or old — into the woods. The state has an apprentice hunter license that provides just such an opportunity.

Deer hunting is a way to put an organic, chemical-free protein source on the table, the biologist said. And he had a couple of hints that might help hunters fill their tags.

“Get out during the middle of the day, get out on weekdays,” he said. “What we typically see for hunting effort is that a lot of people hunt Saturdays and leave the week alone. So if you want the woods to yourself, you want quiet, undisturbed animals, get out during the week if you can.”

That’s not always the way hunters act. Some focus on early morning or late afternoon hunts, and they might be missing out on productive in-between hours, opting to leave the woods in search of food or a rest break.

“I think those sunup and sundown hours are really good peak movement hours but there’s definitely midday movement that a lot of people miss out on, going back to the cabin to eat breakfast or get a bowl of chili,” Bieber said.