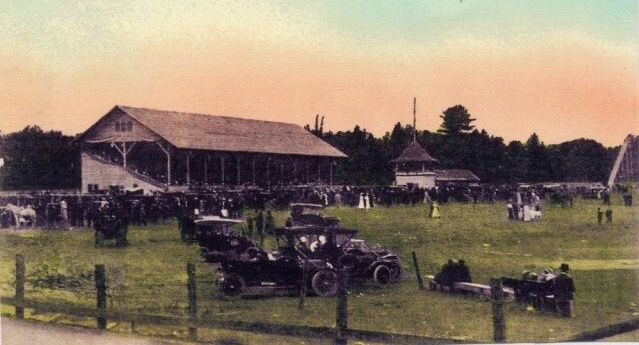 Jen Lynds • December 31, 2019
Although the memories now are beginning to fade, Charles Foster said Monday that he can still see Houlton’s trotting park in his memory.

HOULTON, Maine — Although the memories now are beginning to fade, Charles Foster said Monday that he can still see Houlton’s trotting park in his memory.

Foster, a former Houlton resident who now lives in New Hampshire, said that his father used to take him to the facility once or twice a month during the 1950s.

“It was a beautiful facility,” he said. “There was a grandstand where you could sit and watch the races and other events.”

Trotting parks were a common sight in Aroostook County in the 1900s, according to the Maine Memory Network. They existed in Houlton, Ashland, Van Buren, Caribou, Fort Fairfield and Presque Isle. The 1920s were a huge era of popularity for harness racing, flooding the tracks with spectators.

“My father loved horses, and he was a huge harness racing fan,” Foster said. “He tried to get me to the track as often as he could.”

The trotting park, created in 1914, was a half-mile long, according to the Maine Memory Network. It featured a judges’ stand and an area in front of the grandstand was crafted so that the Houlton Band could entertain the crowd between races.

Foster said that his father liked the horse pulls, and would bring him to see the horses after the festivities concluded.

“The horses were just beautiful,” he said. “The owners would let you pet them and take pictures of them. It was great.”

Harold McIntyre of Houlton said Monday that he has “fond memories” of playing in the park.

“It is hard to picture now, but the grandstand was full of people on weekends and holidays,” he said. “Houlton was a much different town then, and there were more people. My father loved anything to do with horses, so he would watch them and my siblings and I would play with friends we met during the event.”

Harvey said that he also remembers when the trotting park burnt down in 1958.

“It was terrible,” he said. “That was a big blow to the town. And it is sad that it was never rebuilt.”