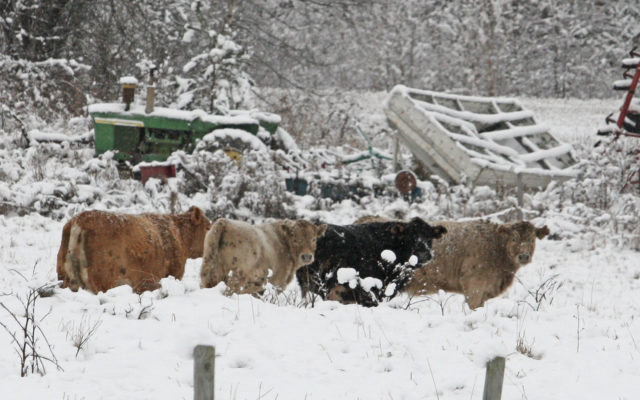 December finishes with above normal temperatures, below average precipitation

Jen Lynds • January 3, 2020
December 2019 finished with above-normal temperatures and below-average precipitation and snowfall for the region as a whole, according to the National Weather Service in Caribou.

“There was a big storm in late November,” she said. “Schools were canceled and the kids were out making snowmen. But then there was a big rainstorm in mid-December, and it wiped out a lot of the snowpack.”

Indeed, December 2019 finished with above-normal temperatures and below-average precipitation and snowfall for the region as a whole, according to the National Weather Service in Caribou.

Temperatures averaged from 0.5 to 2.5 degrees above normal for the month. Lower temperatures occurred during early and mid to late month with mild temperatures dominating the rest of the month.

The snowpack was above normal at the beginning of the month, according to the National Weather Service, but it saw a major reduction due to rainfall on Dec 10-11 and Dec. 14-15.

For the month as a whole, the snowpack across the region was near average, but it ranged from a low of three inches from Dec 16 until Dec. 22 at Caribou to a high of 16 inches on Dec. 3 at Bangor.

Since July 1, 40.9 inches of snowfall has fallen, according to the National Weather Service.

June is generally a month that also marks the height of “kitten season,” when large litters of kittens are born and often end up in animal shelters.   Luckily, here at the Central Aroostook Humane Society, we have seen a dramatic drop in the cat population over the past five years, mostly due to our spay and neuter program.
What's Happening This Week END_OF_DOCUMENT_TOKEN_TO_BE_REPLACED