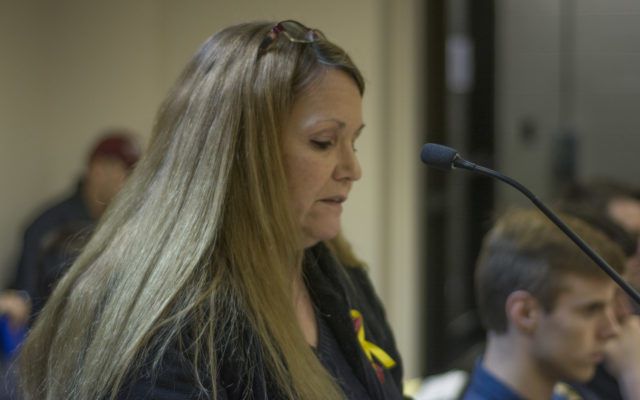 Chris Bouchard • January 28, 2020
Caribou residents weighed in during Monday's City Council meeting on the city’s intention to charge neighboring towns $100 per capita for EMS services and to give them until March 31 to decide on a contract.

CARIBOU, Maine — Caribou residents weighed in during Monday’s City Council meeting on the city’s intention to charge neighboring towns $100 per capita for EMS services and to give them until March 31 to decide on a contract.

Factors leading to the council’s decision to raise the rates from $11.50 to $100 per capita included decreased population in contracted towns and an increased call volume, the closure of Crown Ambulance, and mandated reimbursements coming in at well below the cost of operating an ambulance service.

Two residents took issue with Mayor Mark Goughan’s statement made during a Jan. 14 meeting that the city “ought to get out of the ambulance service.” He clarified during this meeting that no formal decisions would be made concerning the city’s ambulance service without first giving surrounding communities a notice well in advance, and that there are no plans to discontinue the service in 2020.

Michele Smith of Caribou approached the council wearing red and yellow ribbons, explaining that the red ribbon represents Caribou Fire and Ambulance — a department she does not want to see discontinued — and that the yellow ribbon “represents that our surrounding communities have had a bomb dropped on them in regards to financing the ambulance services for their community.” 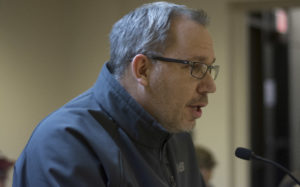 She said that while no one can deny why the city needed to raise its EMS rates, the way it was handled was wrong.

“I just want to take this time to say to the public that this abrupt decision and behavior does not represent me,” said Smith. “And I seriously doubt that it represents many people who live in Caribou.”

Caribou resident Troy Haney praised councilors for giving to their community by sitting on the council, but reminded them that “those seats command a certain amount of respect and dignity to the community, and there’s a responsibility when you make statements like that.”

Haney said that while he appreciates the council’s efforts to look out for Caribou taxpayers and ensure that other communities are paying a fair amount, he supported giving the towns more than three months to figure out how to handle the higher payments.

“We need to understand that each community around us is a part of Caribou,” he said. “If you look at Woodland, Connor and New Sweden, for example, and those communities don’t have essential services. This will impact how many people live in those communities. All of these towns commute to Caribou. They go to our retail stores, our hospital, our schools, and they are part of the Caribou community.”

Wilfred Martin, also a Caribou resident, showed support for the city’s decision to increase EMS rates, and also weighed in on the mayor’s comment about getting out of the ambulance business.

“I don’t think your intent is to get rid of all this stuff, it’s to put it where it belongs,” he said. “The ambulance service should be in the private sector. It shouldn’t be part of the public sector at all.”

He suggested that the council establish a committee charged with looking into certain aspects of the fire and ambulance service, in order to determine how many staff and resources are truly needed in the city.

Martin also said he supports increasing the EMS rates for neighboring communities because they haven’t been paying their fair share. He said the communities should get together and establish their own ambulance service.

“All those little communities can have people take the course at the hospital to become EMTs, and then they can pay them, and pay them well, for their own ambulance service. But don’t depend on the city of Caribou to bail you out all the time,” he said. “We just can’t do it. I’m paying my fair share.”

Public comments were then closed, and Deputy Mayor Thomas Ayer, who led the meeting in Mayor Mark Goughan’s absence, read a note from Goughan in which he clarified that his quote about wanting to get out of the ambulance service was directed at the contract service for other towns — not the services provided to Caribou residents.

Goughan said he can further clarify these comments during a future meeting if council feels the need, and concluded that he is “just a simple farmer trying to do what I feel is best for Caribou taxpayers.”

Ayer added that, as one of seven councilors, he has no intention of getting rid of the fire and ambulance service.

“It’s what we pay taxes for,” Ayer said. “It’s what we rely on. If something bad happens to a family member, that Caribou ambulance is there. In my mind, we will never get rid of the police station, the fire station, the rec department, or any other service this town currently offers.”

Councilor Doug Morrell suggested that people listen to the whole conversation before drawing any conclusions.

“We’re always going to have services in Caribou, but does that mean we’re always going to offer services to local communities at a loss? That’s ridiculous,” he said “We’re paying about $140 per capita and they’re paying $11.50. It’s a hard thing to do, and we’re trying to do the best we can, but we also have to answer to the people who are dead set against subsidizing other communities. We’re no richer than any other community around us. We’re all in the same pool swimming.”

Morrell suggested that anyone with additional questions for the City Council is more than welcome to contact council members any time, as all of their emails are publicly available on the city website.

Correction: An earlier version of this story misidentified Troy Haney in a photo.

Next year's Caribou City Council will include a new member and a longtime councilor thanks to Tuesday's election.
Pets END_OF_DOCUMENT_TOKEN_TO_BE_REPLACED

I know many of you have followed DeeDee’s story. DeeDee had leukemia and was under vet care for the past few weeks. Early one recent morning, she lost her battle with leukemia.
What's Happening This Week END_OF_DOCUMENT_TOKEN_TO_BE_REPLACED