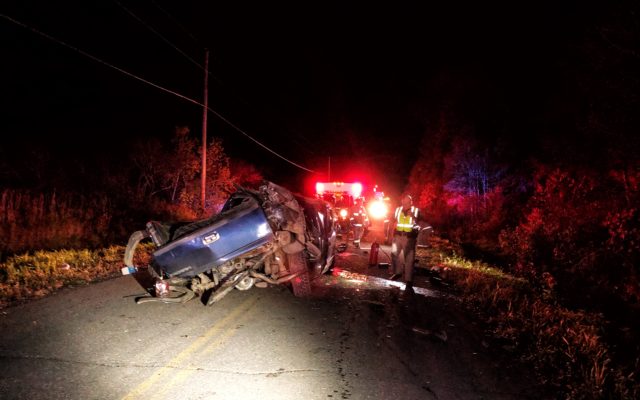 Jen Lynds • January 28, 2020
A St. David man has been indicted by the Aroostook County grand jury in January on multiple charges stemming from an alleged drunk driving crash in Madawaska last year.

A St. David man has been indicted by the Aroostook County grand jury in January on multiple charges stemming from an alleged drunk driving crash in Madawaska last year.

According to the Madawaska Police Department, the incident occurred after Madawaska police received a 911 call just after 6:30 p.m. on Oct. 11, 2019,  from a female who said that Jordyn L. Cote, 30, was allegedly intoxicated and was refusing to let her and her 7-year-old son out of his vehicle driving on Lake Shore Road.

Police headed for the scene, but soon received word that Cote had let the passengers out of the vehicle.

Police looked for Cote in the surrounding areas for nearly two hours before they decided to head back to town.

As Officer Garrett Albert was heading back to town on Gagnon Road, he came upon Cote driving in the wrong lane, which almost caused a head-on collision.

After Albert drove off the road to avoid the accident, he turned his car around to chase Cote’s vehicle. Less than two minutes from that encounter, Albert arrived at the crash scene where Cote had been ejected from his vehicle.

Cote was treated for non-life-threatening injuries.

He was indicted by an Aroostook County grand jury for eluding an officer, criminal operating a motor vehicle while under the influence, endangering the welfare of a child and criminal speed.

Daryl E. Doody, 41, Woodland, possession of a firearm by a felon.

Mark Crouch, (town and date of birth not provided),  tampering with a victim, violation of conditions of release (five counts).

June is generally a month that also marks the height of “kitten season,” when large litters of kittens are born and often end up in animal shelters.   Luckily, here at the Central Aroostook Humane Society, we have seen a dramatic drop in the cat population over the past five years, mostly due to our spay and neuter program.
What's Happening This Week END_OF_DOCUMENT_TOKEN_TO_BE_REPLACED