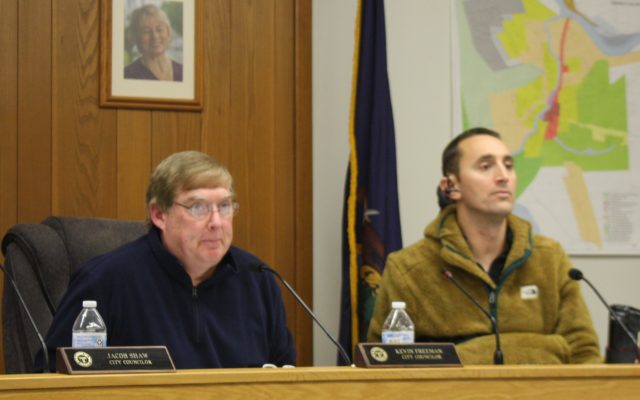 PRESQUE ISLE, Maine — On Wednesday, the Presque Isle City Council announced it would pursue a sister city partnership with Epping, New Hampshire, with officials hoping collaboration could breed economic and governmental cooperation and raise nationwide awareness of the Star City.

While Epping is about a five-and-a-half-hour-drive from Presque Isle, chairman of the city council, Kevin Freeman, said there were several similarities between the cities: they have alike budgets, tax rates, populations and climates. Both also have their own police and fire departments.

Freeman, who said he has a close friend who is a town selectman in Epping, said the partnership would ideally mean collaboration between the city governments on municipal matters like public safety issues as well as cooperation on equipment purchases.

City Manager Martin Puckett, who is spearheading the initiative along with Freeman and  Economic and Community Director Galen Weibley, said that only a “handful” of municipalities in Maine have sister cities.

These include Bangor, which has three sister cities: Carasque, El Salvador, Harbin, China and Saint John, Canada. Waterville has a partnership with Kotlas, Russia, while Farmington has a connection with Lac-Megantic in Quebec. In 2013, Farmington even sent firefighters to its sister city to subdue a fire caused by a train derailment.

Epping Town Administrator Greg Dodge said that the board of selectmen would decide on the partnership at a meeting on Monday.

The council also unanimously approved the 2019 Comprehensive Plan, an economic plan for the city that the planning board has developed since 2016. Councilor Mike Chasse noted that the document outlined a comprehensive economic history for Presque Isle, including the closure of the Presque Isle Air Force Base in 1961.

“We’ve had a lot of ups and downs and challenges, from the base closing to manufacturing shutting down in the ‘80s,” Chasse said. “All kinds of things.”

The council also approved a $1,410 drug forfeiture, an emergency operation plan for severe weather and electoral workers for the upcoming presidential primary elections on March 3.

The next Presque Isle City Council meeting is at 6 p.m. on Wednesday, March 4, in city hall.