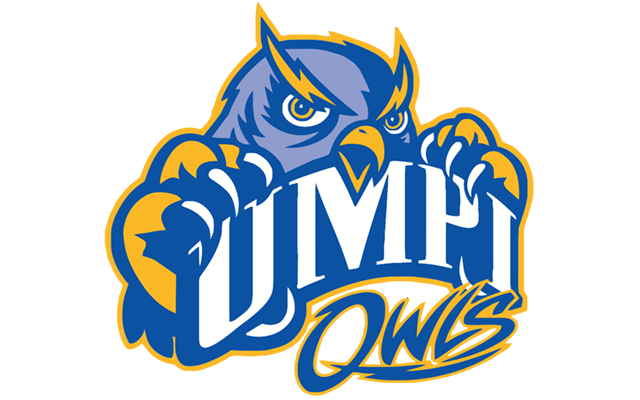 Contributed • February 25, 2020
The University of Maine at Presque Isle Owls men's basketball team will advance to the final four playoffs by clinching an 87-86 victory over Thomas College at the Terriers’ home court on Saturday, Feb. 22.

WATERVILLE, Maine — The University of Maine at Presque Isle Owls men’s basketball team will advance to the final four playoffs by clinching an 87-86 victory over Thomas College at the Terriers’ home court on Saturday, Feb. 22.

The battle was won after a late-game stop and clutch free throws by starting forward KJ Minter.

According to UMPI head men’s basketball coach Mark Knight, the Owls started the game off with some hot shooting from the three to go along with some early defense, and going into halftime were up 43-39 in the close NAC battle.

The Terriers brought the game within 10 with 10 minutes left to go.  Thomas’s quick 5-1 run brought them within two with just under four minutes to go.

At two minutes, UMPI’s DeAndre Duncombe picked up his fifth foul, finishing the game with a huge 16 points off 7-10 shooting to go along with five rebounds and four assists. Fellow Floridian Chris Brown entered the game.

Thomas’ Demetris Webster tied the game with a layup. A missed opportunity by the Owls led to a three by the Terriers, who took a three-point lead. A layup by Brown brought the Owls to within 1 point. Minter was fouled and sank both free throws, and the Owls disrupted the Terriers’ late-game play to seal the game and advance the Owls to the NAC Final Four.

The Owls will head to the University of Maine at Farmington to take on the number-one-ranked Beavers on their home court at 5:30 p.m. on Friday, Feb. 28.

Halfway Home Pet Rescue in Caribou has partnered with the Houlton Humane Society shelter for a cat spay and neuter clinic on Saturday, May 30, and Sunday, May 31, in Houlton.
Campaign Corner END_OF_DOCUMENT_TOKEN_TO_BE_REPLACED