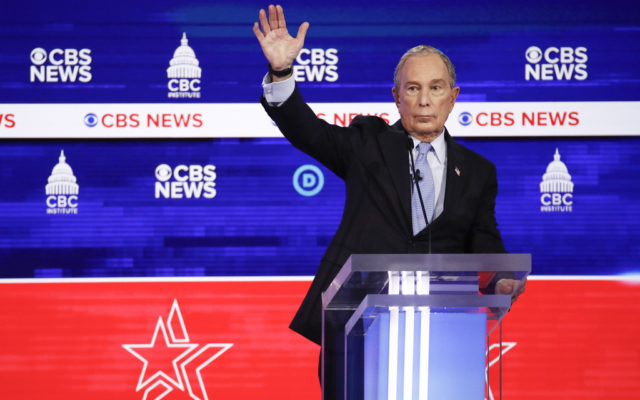 “The 2020 election has to be about beating Donald Trump to restore respect for the rule of law, freedom of the press, the balance of power enshrined in our Constitution and basic human decency,” Allen said.

“We must reverse his destructive policies on health care, climate change and support for autocratic adversaries of the U.S., like Russia. Democrats need to nominate a candidate with a record of achievement, broad experience, and the capacity to take on the massive disinformation campaign that Trump will certainly run. It’s why I’m endorsing Mike Bloomberg,” Allen said.

“I had the privilege of working with Congressman Allen when he was serving our first district and I was serving the second. His love for Maine and dedication to its people is unparalleled — he is an excellent addition to our team and I look forward to working together to ensure that Mike Bloomberg is our next president,” said former Rep. and Maine Bloomberg campaign chairman Mike Michaud.

Allen represented Maine District 1 in Congress from 1997 to 2009, when he left to challenge Senator Collins. During his time in Congress, Allen served on the House Energy and Commerce Committee, the House Budget Committee and founded the House Ocean Caucus.

Prior to serving in Congress, he was elected to the Portland City Council and served as mayor.