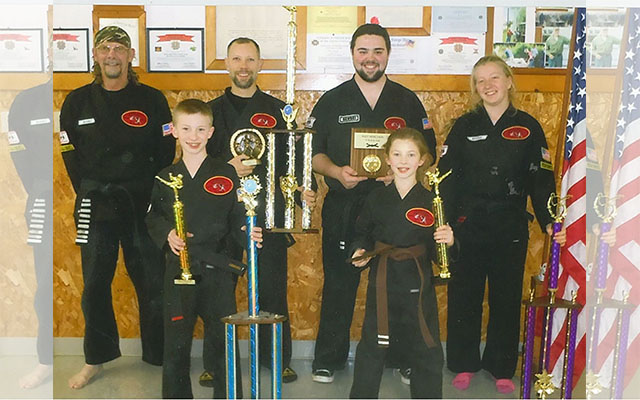 Contributed • March 10, 2020
Students from the Graves Institute of Self Defense of Island Falls competed at the annual Team Fighting Tournament of Champions recently.

Students from the Graves Institute of Self Defense of Island Falls competed at the annual Team Fighting Tournament of Champions recently.

Many of you have been following Luke's story on our Facebook page. Luke came to the Ark last July with his sister Lydia at 8 weeks old. Both Luke and Lydia were in really bad shape with untreated upper respiratory infection.
Campaign Corner END_OF_DOCUMENT_TOKEN_TO_BE_REPLACED