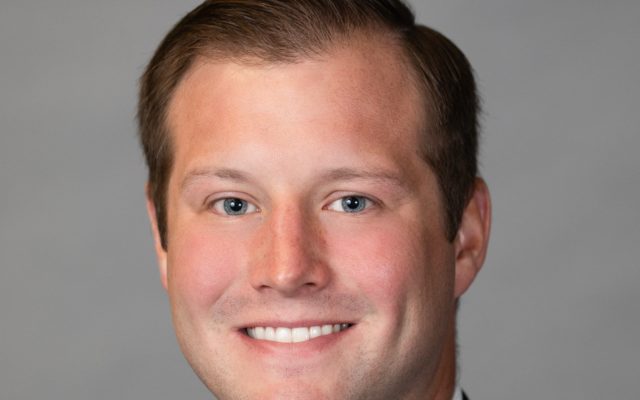 David Marino Jr. • March 16, 2020
On Thursday, Rep. Harold “Trey” Stewart III, R-Presque Isle, announced he will run for a state Senate seat in the 2020 legislative election -- an important change for one of the most powerful representatives in the Maine House.

PRESQUE ISLE, Maine — On Thursday, Rep. Harold “Trey” Stewart III, R-Presque Isle, announced he will run for a state Senate seat in the 2020 legislative election — an important change for one of the most powerful representatives in the Maine House.

Stewart will be running for the District 2 seat of the Maine Senate, which consists of Central and Southern Aroostook County, and includes Presque Isle and Houlton. The seat is currently held by Michael Carpenter, D-Houlton.

Stewart said he was running for the seat so that he could be a “more effective” advocate for a larger number of County residents. If elected to the Senate, he said he hopes to maintain the “County way of life” by fighting government regulations and tax increases.

“As a proud ‘County Boy,’ one of my primary priorities is to create a Maine where more young people not only want to stay here to live, work and raise a family, but where they can … prosper while doing so,” Stewart said.

Stewart was first elected to District 147 of the Maine House in 2016, beating out incumbent Democrat Robert Saucier by about 400 votes. Saucier ran for the seat again in 2018, with Stewart expanding his margin of victory to nearly 500 votes.

Carpenter narrowly beat his Republican opponent Karen Ann Reynolds in the 2018 legislative election, winning by only 207 votes out of more than 14,000 cast. In December, Carpenter said he was unsure if he was running for re-election.

Stewart is a student at the University of Maine School of Law, and expects to soon be a practicing attorney in Aroostook County.

Most of us have had just about enough of hearing about COVID-19 and the different variants that are popping up, but unfortunately, this pesky virus is still around.  It’s important to know a few warning signs and tips if you think you or your furry family members are affected with this illness.
What's Happening This Week END_OF_DOCUMENT_TOKEN_TO_BE_REPLACED