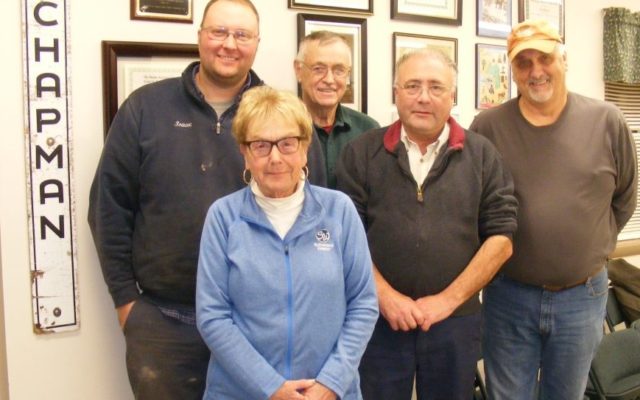 David Marino Jr. • March 27, 2020
As many towns across Maine chose to cancel their annual town meetings in the wake of the COVID-19 pandemic, Chapman decided to go through with its meeting, albeit with a limited number of people in attendance.

CHAPMAN, Maine — The town of Chapman held its annual town meeting on Monday, March 23, at the Chapman Ridge Runners building, electing two members of the Chapman Select Board, a town assessor and voting on various budgetary measures for the year.

As many towns across Maine chose to cancel their annual town meetings in the wake of the COVID-19 pandemic, Chapman decided to go through with its meeting, albeit with a limited number of people in attendance.

Chapman Town Manager Sandra Fournier said there was a modest turnout, “as planned” with COVID-19 guidelines. She said eight people attended in total.

Fournier said that due to CDC rules on gatherings, staff would not have allowed more than 10 residents inside the building. She and other town staff encouraged low attendance from Chapman residents by letting them know that there were not any “highly contentious” articles under debate that would require a “higher than normal” attendance.

She said seats were spread six feet apart during the meeting and hand sanitizer was available for residents and staff.

Dozens of measures, primarily budgetary, were also adopted by the town’s residents based on recommendations from the select board. The town voted to charge 9 percent interest on taxes unpaid on Nov. 1. It also voted to allow a 1 percent discount on taxes paid in the first 20 days after the date of a bill.

The town did not vote to increase the current property tax levy limit of $181,237.

Fournier said the town adopted all of the select board’s recommendations.

Follow TheCounty.ME and The Star-Herald on Facebook for the latest news in The County and Presque Isle area.

Halfway Home Pet Rescue in Caribou has partnered with the Houlton Humane Society shelter for a cat spay and neuter clinic on Saturday, May 30, and Sunday, May 31, in Houlton.
Campaign Corner END_OF_DOCUMENT_TOKEN_TO_BE_REPLACED