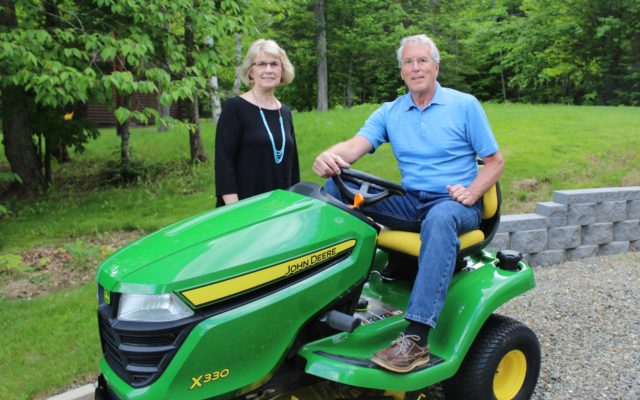 Joseph Cyr • March 27, 2020
Amid all of the coronavirus closures, the Southern Aroostook Agricultural Museum officials find themselves wondering how they will make ends meet.

LITTLETON, Maine — Volunteers with the Southern Aroostook Agricultural Museum are typically spending March and April getting the museum ready for the busy summer season.

But this year, amid all of the coronavirus closures, museum officials find themselves wondering how they will make ends meet.

Traditionally, the museum raises money for its everyday expenses — like heat and electricity — by holding monthly public suppers. Unfortunately, the March supper was canceled and the April and May meals may also be in jeopardy.

“These suppers are what helps us pay our everyday bills,” explained Karen Donato, a long-time volunteer at the museum and public relations spokesperson. “It is also time for our spring raffle, but due to the current shutdown of events, the Spring Trade Show in Houlton has been delayed until fall.”

In previous years, the museum had a booth at the Southern Aroostook Trade Show, selling raffle tickets for a John Deere lawn mower. It is something the museum has done for the past 20 years and has always proven to be profitable, Donato said.

Since the trade show has been pushed to the fall, the group has resorted to selling its raffle tickets through the mail, hoping to raise enough money to keep things going. The group typically sells a maximum of 500 tickets at a cost of $10 each, which nets them a profit of a couple thousand dollars.

Those interested in purchasing tickets can mail their checks to the Southern Aroostook Agricultural Museum, 304 Campbell Road, Littleton, ME 04730. Tickets may also be purchased at the County Co-Op and Farmstore in downtown Houlton.

According to the group’s website, the idea for an agricultural museum first formed in 1988, when Cedrick and Emily Shaw of Littleton retired from farming. Three generations of farming equipment was stored in their barn, which became known as the “Pastime Museum.”

As visitors came through their doors, the Shaws’ collection began to grow as more and more items from bygone times were donated for display. The seeds were then planted in 1991 to create a larger, more permanent collection of memorabilia.

In 2001, that dream became a reality with the purchase of the former Littleton Elementary School located on U.S. Route 1. The Shaws agreed to move their collection from their “Pastime Museum” to the newly named Southern Aroostook Agricultural Museum.

Collections now include a “Grass Tool Room,” featuring items donated by Luther and Kay Grass; a “This Old House,” display; a model Potato House; moving of the Ross Ridge one-room schoolhouse into the museum yard; and a new barn to house larger pieces of farming equipment.

For all it does to refresh us, burn energy and keep us sharp, we all need playtime, dogs and cats included. Sharing playtime with pets has the added benefit of strengthening the bond between us, so we better understand one another.
Campaign Corner END_OF_DOCUMENT_TOKEN_TO_BE_REPLACED