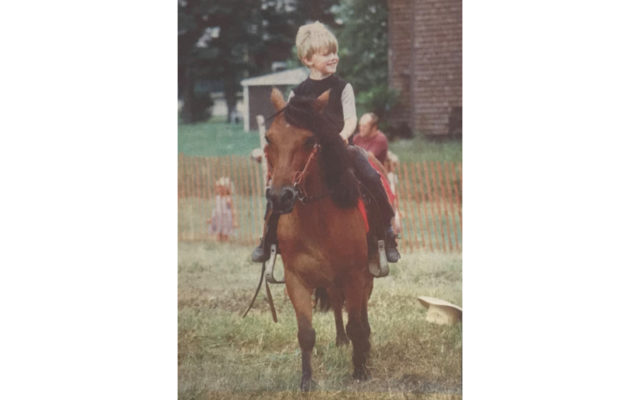 Lanette Virtanen • May 13, 2020
100 Years Ago - May 19, 1920      Leaving for convention -- Mrs. Cora Putnam will leave Wednesday for Boston where she will attend the Red Cross convention. On her return she will stop at Portland where she is a delegate to the Grand Chapter O.E.S., which convenes next week.

Leaving for convention — Mrs. Cora Putnam will leave Wednesday for Boston where she will attend the Red Cross convention. On her return she will stop at Portland where she is a delegate to the Grand Chapter O.E.S., which convenes next week.

Gone for several months — Miss Eva McGinly left Monday night for Boston to take a special course in violin teaching and will be gone several months.

First in Maine — The town of Limerick has again demonstrated its patriotism by being what is believed to be the first town in Maine to go over the top in the Seventh War Loan campaign.  With arrangements made in advance, Chairman Clarence Willette was able to announce the sale of more than $6,300 of war bonds right after midnight Monday morning. Mr. Willette, assisted by his committee of Herman Estabrooke and Loraine Anderson, clearly led the field in Aroostook County, according to area Chairman Lester Baker.

Resigns from hotel — Alberic Mercier, who has been connected with The Northland Hotel here for 13 of the 15 years it’s been in operation, most of that time as active manager, last week severed his connection with the institution. Prior to his association with the Northland, Mr. Mercier was for many years co-owner of a popular restaurant here and also was manager of the Snell House prior to its purchase by the former Aroostook Hotels, Inc. Mr. Mercier has no immediate announcement to make of his plans for the future.

Direct distance dialing — Alterations are now being made to the telephone central office building at 35 Court St., Houlton, to provide space for Direct Distance Dialing equipment.  Direct Distance Dialing, (DDD) will be introduced to the Houlton area in December. The total cost of the alterations and the equipment will be about $245,000. Stuart W. MacKinnon, local New England Telephone manager, said, ‘DDD will mean that Houlton customers will be able to dial directly to any of more than 100 million telephones in the continental United States, Canada and the Virgin Islands.

Contest winners — Six Houlton High students recently placed in the regional Business Education Association of Maine contest, earning the right to advance to the state competition at Husson College. Participating in the chance to earn scholarships up to $2,500 are: Angela Taylor, who finished third in office procedures; Kezia Bowie, second in advance accounting; Elizabeth Fitzpatrick, second in business math; Tara Kelly, an alternate in the keyboarding I category; Sarah Toman, who placed first in keyboarding II; and Mellissa Guay, an alternate in business math.

A few years back the Ark was gifted with something that we never dreamed possible. It is a gift that left us speechless and opened a whole new door for us.
Campaign Corner END_OF_DOCUMENT_TOKEN_TO_BE_REPLACED