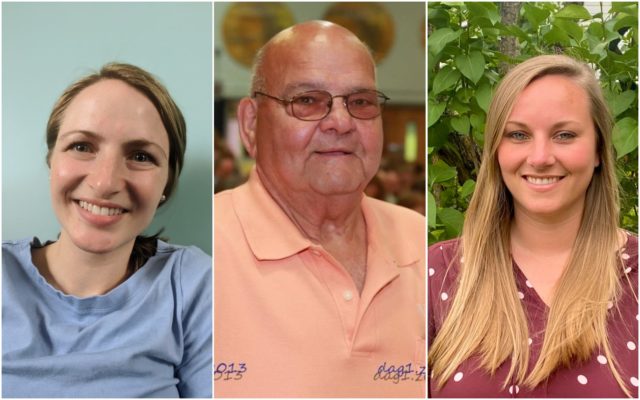 Guerrette spent many years at the scorer’s table at boys and girls basketball games, a pursuit he began as a senior at Presque Isle High School in 1956. During that time, Guerette was a member of a core of Presque Isle High School scorers — including Bob Flewelling, Spike Savage and Harold Tardy — who spent a combined 150 years scoring basketball games.

A 2009 Presque Isle High School graduate, Legassie Buck was a soccer star who broke the school record for career soccer goals with 71 (later bested by Madison Michaud in 2017).

She was integral to the Wildcats victory in the 2008 Eastern Maine Championship game, scoring two goals and helping the Presque Isle High School girls soccer team secure a Class B regional title.

Legassie Buck participated in a number of other sports during her time at Presque Isle High School, including running track and received several athletic excellence awards for her success in basketball and softball.

Leggassie Buck continued her interest in athletics during her time at the University of Maine at Presque Isle, where she was twice a United States Collegiate Athletic Association First Team All-American running track.

Smith, who graduated from Presque Isle High in 2006, will be inducted because of her success in both basketball and soccer.

She received several accolades because of her work on the soccer field and basketball court alike, including twice being a member of the All Eastern Maine Class B soccer team. She was also a member of the 2006 Class B state championship Presque Isle girls basketball team.

A few years back the Ark was gifted with something that we never dreamed possible. It is a gift that left us speechless and opened a whole new door for us.
Campaign Corner END_OF_DOCUMENT_TOKEN_TO_BE_REPLACED