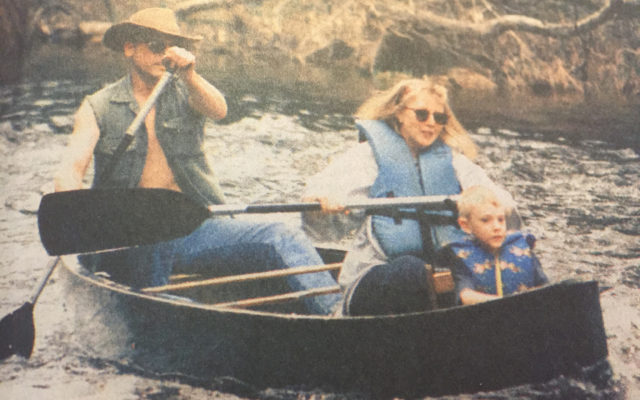 Beth Lacombe, Special to The County • May 27, 2020
115 Years Ago - May 31,  1905 Hail Storm -- This part of the County received a sudden baptism of hail Monday morning a little after seven. The hailstones, some as large as walnuts came down with considerable force and covered the ground.

Hail Storm — This part of the County received a sudden baptism of hail Monday morning a little after seven. The hailstones, some as large as walnuts came down with considerable force and covered the ground.

Gas Prices — The increase in the price of gasoline is no way lessening the number of gallons sold is evidenced by the fact that four automobiles were stalled in Fort Fairfield all night as there was not a gallon of gas to be had at any  of the garages.

Caribou Stores Closing Thursday Afternoons During Summer Months — Walter Bishop, Chairman of the Caribou Merchants Committee announced this week that the majority of local stores will close Thursday afternoons during the months of June, July and August.

Enter Skating Contest — Three area roller skating enthusiasts recently became the first entrants to represent Maine in organized skating since 1966. LeAnna Larson, 9, Wayne Heroux, 12, and Bertha Heroux who skated in the ladies division all skated in the contest. All three are from Caribou.

Nine Holes A Hopeful For Oct 15 — Construction is scheduled to start next week on a nine-hole golf course in Caribou with a target completion date of Oct. 15.

Hubble Vision at Institute — Get a close up look at four years of discovery made by the Hubble Space Telescope in a new star show at the Francis Malcolm Planetarium June 1 at 7 pm. The show explores the Universe, and images of Mars, Saturn, Pluto among many other wonders.

Postal Food Drive — Caribou Post Office Carriers recently held a food drive to benefit local charities in conjunction with the Nat’l Assn. of Letter Carriers, collecting  2,101 pounds of non-perishable food. This is the second year in a row they have participated in the drive.

Just when we thought we were out of the woods with kitten season, it has hit full force.  The past few days have been difficult answering the phone and hearing the stories of why people have litters of kittens they need to surrender.
Campaign Corner END_OF_DOCUMENT_TOKEN_TO_BE_REPLACED