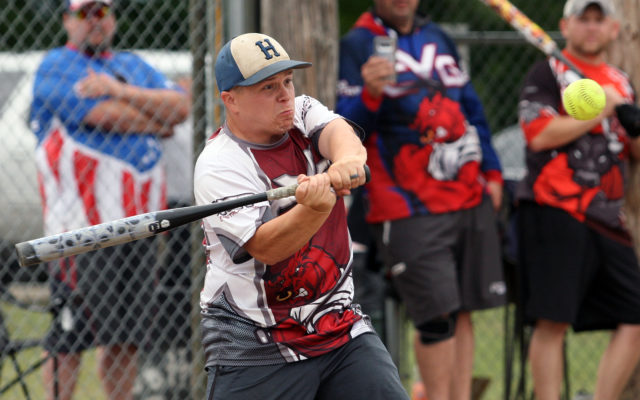 Joseph Cyr • May 29, 2020
It will be a summer without organized youth sports for children in southern Aroostook County this year.

HOULTON, Maine — It will be a summer without organized youth sports for children in southern Aroostook County this year.

The Houlton Area Little League, as well as First Pitch, T-Ball and youth basketball and soccer offered through the Houlton Recreation Department, have been canceled this year due to the COVID-19 pandemic.

Marie Carmichael, director of parks and recreation, informed members of the Houlton Town Council May 26 that all youth sports traditionally offered by the Recreation Department during the summer months, have been canceled this year.

The closures also extend to the Recreation Department’s Just For Kids summer day program. That program provides children with a school-like setting featuring arts and crafts, games and activities.

The program also culminates with the annual Peanut Carnival, which features a variety of classic games run by the children. The cost to play the games is measured in peanuts. Because the summer program was canceled, so too is the traditional Peanut Carnival, Carmichael said.

“This is a hard one for me,” Carmichael said as she fought back tears during the virtual town council meeting. “Safety is the main concern though, so we will not be hosting Just for Kids this summer. We are such a social environment with these programs it would be very difficult to keep the kids apart.”

They have not ruled out the possibility of doing some mini-camps during the final weeks of July or early August, she said.

“This is a tough year for sure,” Houlton councilor Sue Tortello said.

“It’s a really hard call, but I think what you are doing is right,” added councilor Eileen McLaughlin.

Because of the lack of programs being offered, it also means fewer high school and college-aged students normally employed by the Houlton Recreation Department will be needed this summer.

Adult softball may still be able to hold its season, albeit at a later date, Carmichael added. She said she had been in contact with league officials, and suggested they postpone the start of the season to sometime in August.

The eighth annual Aaron Henderson Memorial Softball tournament is still a go and is tentatively set for Aug. 14-16 at Community Park, Carmichael said.

She also reminded any individuals who wish to use the grounds at Houlton Community Park for family gatherings must contact the Recreation Center to see if that activity can be permitted. For more information, call 207-532-1310 or email rec.programs@houlton-maine.com.

I was mentioning to our board of directors this past week that I got a quarterly report from a large online retailer who will donate a portion of my purchases to a charity I select.
Campaign Corner END_OF_DOCUMENT_TOKEN_TO_BE_REPLACED