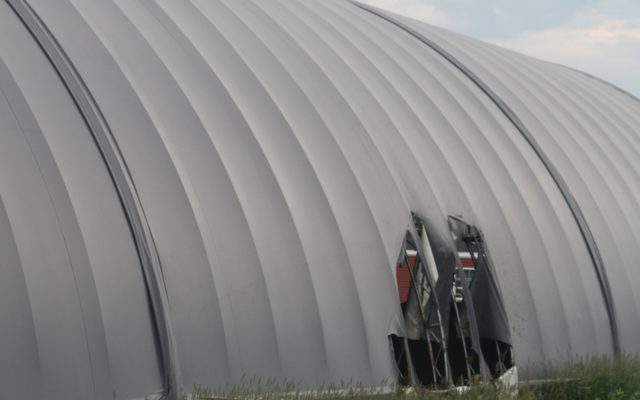 The fire was caused by spontaneous combustion in hay — a chemical reaction that occurs when there is a high moisture level in haystacks or hay bales — according to Fort Fairfield Fire Department Deputy Chief Tim Browning.

“You’d think drier hay would start the fire, but it’s not, it’s the other way around,” Browning said. “Anything less than 10 percent moisture is good to put in, and this was probably a little higher than that.”

Firefighters had received a call at 6:28 a.m. Sunday and it took approximately four and a half hours to extinguish the blaze. Assistance was also provided from the Presque Isle, Easton and Caribou Fire Departments as well.

The fire is likely to have caused around $45,000 in damage, according to Browning. There were no injuries or casualties as a result of the fire.