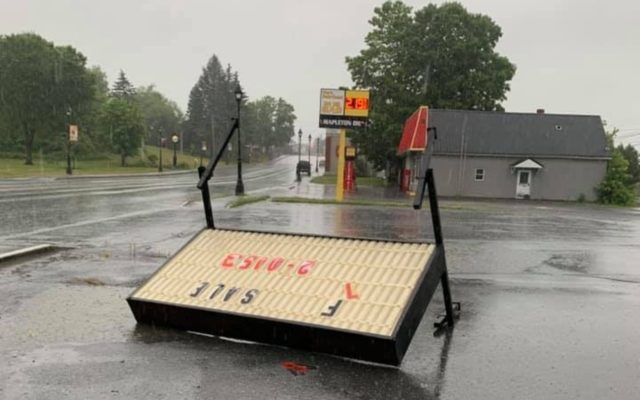 Jacob McLaughlin of Fort Fairfield was charged with criminal mischief after officers located him at around 9:45 p.m. Wednesday. A tip to the Aroostook County Crime Stoppers and interviews with local businesses led authorities to McLaughlin.

Several objects around the town’s Main Street were vandalized Tuesday night, July 8, including several flower pots. One of the smashed flower pots had been at the town’s library for decades.

Public safety director Shawn Newell said that a business whose picnic tables were vandalized gave authorities “excellent evidence” about the suspect. Police also interviewed other businesses that had security footage from that night.

McLaughlin’s bail was set at $500 cash, which he posted. He is scheduled for a court date.

Newell praised his officers’ quick response to apprehend the alleged culprit of a crime that had left many in the community angry.

“We have a wonderful and caring community, and none of us will tolerate or condone this type of behavior,” Newell said.