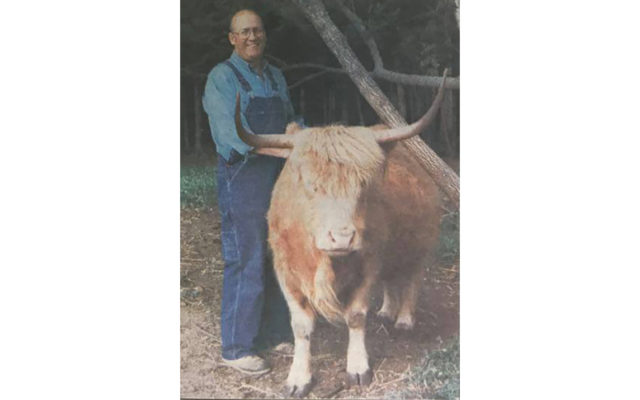 Lanette Virtanen • July 15, 2020
100 Years Ago - July 21, 1920      Training — Robert Yetton, whose compensation for vocational training has been approved, has started in on his work having chosen telephone work as his line. New switch boards are being installed in parts of the county and he is out learning, while experienced men are teaching him the ins and outs of this work.

Training — Robert Yetton, whose compensation for vocational training has been approved, has started in on his work having chosen telephone work as his line. New switch boards are being installed in parts of the county and he is out learning, while experienced men are teaching him the ins and outs of this work.

Mr. Yetton will probably be sent out of the county after he has grasped some of the minor things concerned with this work, and studied up some along this line of work.

Veterinarian relocates here — W.G. Hoag, doctor of veterinary medicine and surgery, has established an office in Houlton. For the present Dr. Hoag will practice his profession in a limited way but hopes to establish, as soon as possible, an animal hospital here and also will set up boarding kennels at a later date.

New Principal — Jay A. Brewer, a teacher and principal in Houlton and Monticello schools since 1951, has been named as principal of the new elementary school now under construction in Houlton.

Prize winning float — The Houlton Chamber of Commerce won first place in the decorated convertible category with a prize winning float in the Potato Blossom Festival parade at Fort Fairfield last weekend. Seated in the float was Miss Anita Childers, Miss Houlton for 1970, and an entry in the Miss Potato Blossom Festival beauty pageant. It marked the sixth year in a row that the Houlton Chamber has won first prize with its parade float.

New business — L.E. ‘Mike’ Swallow, veteran insurance agent, is offering a wide range of insurance products, including life insurance, annuities, health insurance, personal insurance and mutual funds, in Houlton. Swallow has previously been a member of the “Million Dollar Round Table,” among other insurance industry awards.

Farm stand — Lynn Oliver and her husband Joel serve customers at their farm stand in Houlton. The couple were inspired by Joel’s parents who have run a farm stand at a market in the McDonald’s parking lot in Houlton for over 10 years.