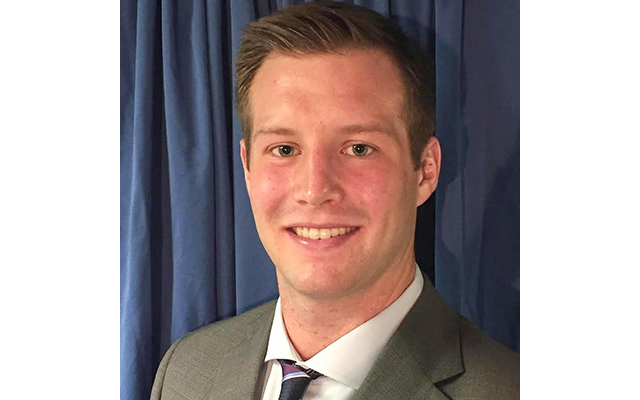 Contributed • October 7, 2020
Last month, the president signed into law a truly historic bill that attracted broad, bipartisan support in Congress. If you find yourself asking, what in the world could bring elected officials from both parties together during a presidential election year when Republicans and Democrats are, as the evening news is happy to point out, far apart on about every issue, you’re not alone.

Last month, the president signed into law a truly historic bill that attracted broad, bipartisan support in Congress. If you find yourself asking, what in the world could bring elected officials from both parties together during a presidential election year when Republicans and Democrats are, as the evening news is happy to point out, far apart on about every issue, you’re not alone.

The answer is good conservation and outdoor recreation policy in the form of the Great American Outdoors Act, but that shouldn’t surprise you.

What do conservation achievements such as the Duck Stamp, Wildlife and Sport Fish Restoration programs, Clean Air Act, Clean Water Act and the Endangered Species Act have in common? They all came to be with committed bipartisan support.

Many Mainers, including those of us in the Maine Legislative Sportsmen’s Caucus, flock to our nation’s public lands to participate in some variation of outdoor recreation such as hunting, fishing, recreational shooting, among others. During our travels, we have expressed frustration at the closed visitor facilities, impassible roads or boat ramps in disrepair. These frustrations are the result of an unpaid debt due to long-standing budget shortfalls, increased usage and aging facilities. In short, our public land managers have not been able to keep pace at which our public land infrastructure is deteriorating, leading to what is known as deferred maintenance, which totals roughly $20 billion.

The Great American Outdoors Act addresses this unpaid debt by providing $9.5 billion to take neglected infrastructure projects off the backburner and places them at the forefront. Importantly to our sporting community, it sets aside $3 billion to support hunting, fishing, and recreational shooting activities on public lands and waters within the Bureau of Land Management, National Wildlife Refuge System and U.S. Forest Service, which collectively provide nearly 25 million hunting days and 45 million fishing days for America’s sportsmen and women.

The Land and Water Conservation Fund was enacted in 1965 with the simple idea of reinvesting the money generated from the development of offshore non-renewable resources (oil and gas) to provide funding to safeguard and conserve our renewable resources (land and water). To date, the fund has provided over $17.5 billion for over 40,000 recreation and conservation projects in every county across the country. Despite its unprecedented success, the program has rarely received the funding amount that Congress intended when creating the program in the 60s. Fortunately, enactment of the Great American Outdoors Act addresses this issue and ensures the fight for adequate funding for LWCF is a thing of the past.

The Great American Outdoors Act also ensures that a minimum of $15 million of LWCF funding is set aside for the purpose of increasing public recreational access for hunting, fishing, recreational shooting and other forms of outdoor recreation with special consideration to providing access to existing public lands the public currently cannot access.

Maine has special cause for celebration with this news, as the state’s very own Senators Susan Collins and Angus King Jr. (members of the bipartisan Congressional Sportsmen’s Caucus and two of the original cosponsors), supported the legislation from the outset, and voted in favor of this Act.

Thanks in part to Maine’s senators who worked alongside their colleagues in the caucus, as well as in partnership with the administration, our nation is now in a position to ensure that we are leaving our country in a better place for the next generation of outdoor enthusiasts.

Rep. Harold “Trey” Stewart III, R-Presque Isle, is the assistant minority leader in the Maine House of Representatives. He represents District 147, which encompasses most of Presque Isle.